The recent issuing of four papers by Dr. Richard Muller, et al, has increased the on-line discussions of temperatures over the last decade. There are several claims in the first of these papers that deserve study:

2. “The World Meteorological Organization (WMO) gives an operational definition of climate as the average weather over a period of 30 years (Arguez and Vose 2011).”

3. “No part of the Earth’s land surface shows appreciable cooling.”

These assertions will be addressed in the course of this article. For material, 83 locations were selected from the GISS database. In an attempt to limit urban warming affects and the “adjustments” applied by GISS, a strict selection process was used. The selection criteria were: less than 10,000 population, as much as possible, a continuous record from 1940 or before to the present, and no splicing of records. Fifty-six of these locations are in the U. S. in four regions. Twenty-two stations were in the mid-west, in Kansas, Nebraska, and Iowa; fifteen stations in the north-west “inland empire,” eastern Oregon, Washington, and western Idaho; nine stations in the desert south-west, southern Utah and New Mexico; and ten stations in the south-east, Alabama and Georgia.

In the rest of the world, ten stations were found in the Arctic and Siberia, six stations bordering the North Atlantic Ocean, and thirteen stations in the southern hemisphere, in South American, Australia, the south Atlantic, and south Pacific. All of these stations are well away from any population centers and are isolated or in or close to very small towns and villages. These will be explored in Part 2.

For each station, a temperature anomaly was computed, using the average temperature from 1930 to 1980 as the baseline. This baseline was chosen because it is in the middle of the period for many of the records, and because it includes both a warm and a cold era. Figure 1 shows the result for the 22 stations in the U.S. mid-west.

Figure 1. This is the temperature anomaly from a 1930-1980 baseline for 22 mid-western small-town locations. The bold black trace is the average for those stations. 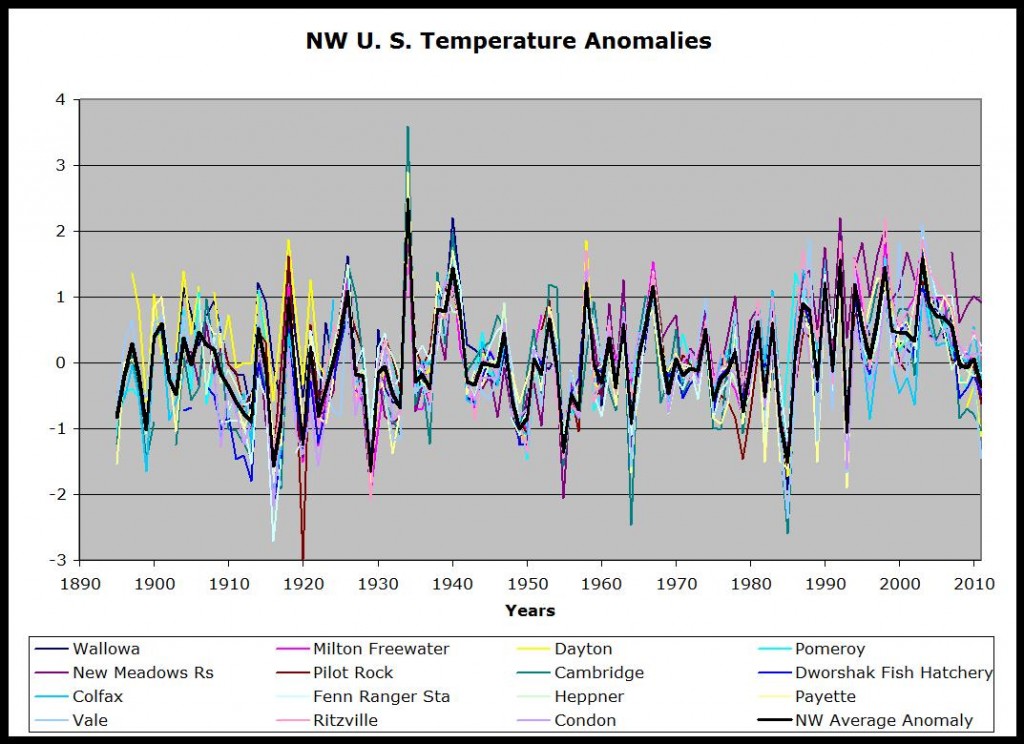 Figure 3. The Temperature Anomalies for 15 northwest U.S. stations. The bold black trace is the average anomaly for those stations. 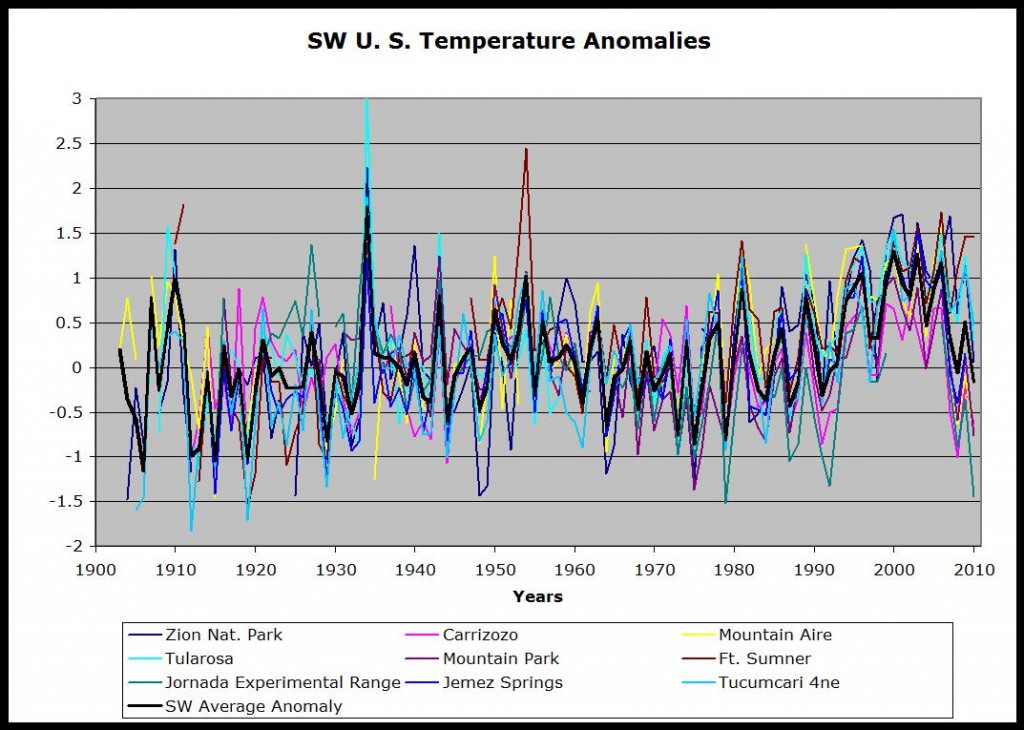 Figure 5: Temperature anomalies in the SE region of the U.S. The bold black traces are the average anomaly and a linear trend line applied to that average.

If all 56 locations are averaged together, the trend is warming from the late 19th century to the late 1930’s. After that date, the trend is cooling until 1980, and then warming by the same amount to 2000. See figure 6, showing the temperature anomaly for all the U. S. locations examined, with a trend line from 1934 to 2000, one complete cycle of the 66-year peak-to-peak temperature cycle.

Strictly speaking, that claim is true. But what is left out is that the same amount of cooling took place from the late 1930’s to the late 1950’s. The temperature is cycling with a period of about 66 years, with about one degree amplitude. Dr Muller is only looking at one-half of the temperature cycle.

The World Meteorological Organization (WMO) gives an operational definition of climate as the average weather over a period of 30 years (Arguez and Vose 2011).”

See 1 above. That definition is too short by at least a factor of two. There are many cycles seen in the temperature record. See this paper from the Chinese Science Bulletin. They mention 110, 199, 800, and 1324-year cycles; and their Fourier
analysis plot shows other cycles at 66 (one third of the 199 year cycle) and about 38 years. The 66-year cycle is clearly seen in the above plots. The 38-year signal may reflect the slower cooling part of the cycle followed by quicker warming. This author submits that any attempt to define climate as some time-average weather is a futile exercise.

No part of the Earth’s land surface shows appreciable cooling.”

Dr. Muller did not define appreciable, or a time period. For over 80 years, the SE and mid-west U. S. are cooling. Over the last decade, the U.S. and Canada are cooling. Anthony Watts here, and Matti Vooro here, have described this phenomenon. The so-called climate scientists must get over thinking that the linear trend over the last thirty years is telling them anything about the climate.

In Part II, the other (global) 27 rural and isolated stations will be analyzed.