Now that we are at the Antarctic late summer and autumn (February-April), extensive calving of the ice sheets have been occurring along the Shelf-Ice belt [1a], as it has been for thousands of years. As usual, the (German!) media is now pouncing on the opportunity to announce that anthropogenic global warming (AGW), and with it the climate catastrophe, has reached the South Pole region.

However, a simple fact-check reveals that this claim is simply untrue: Antarctica is cooling and the ice belt is growing!

Recently, DER SPIEGEL [2] wrote: “The results of the European Space Agency ESA are alarming: The Larsen-B ice shelf in Antarctica has lost three quarters of its ice area. The Envisat satellite has observed this.” Responsible for the melting is global warming.”

First off, satellite data should not be doubted.

Everything else concerning the subject of climate in the media is simply mixing of half-truths, ignoring of contradictory facts, twisting of facts, and emotionally charged fear and panic mongering.

With this type of deficient communication, factual information would surely benefit the reader – especially those less familiar with natural sciences. So we present the following points to add a more focused perspective.

(1) The Antarctic peninsula is about 1% of the total Antarctic area.
(2) The so-called LARSEN-B and WILKINS area [2] measures in the range of mere thousandths when it concerns the entire Antarctic area, see Figure 1. 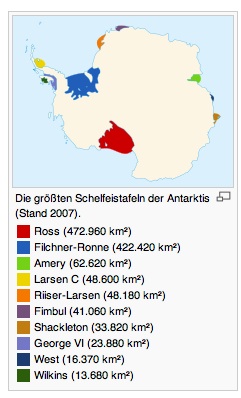 (3) 99% of the Antarctic region is showing a cooling temperature trend [4].

(4) Even the constantly claimed warming trend on the Antarctic peninsula, including LARSEN and WILKINS ice shelves, cannot be detected using current evaluations [5]. See a recent NoTricksZone post: “It’s The Claim “Antarctica Is Warming” That Is Disintegrating – And Not Much Else“: 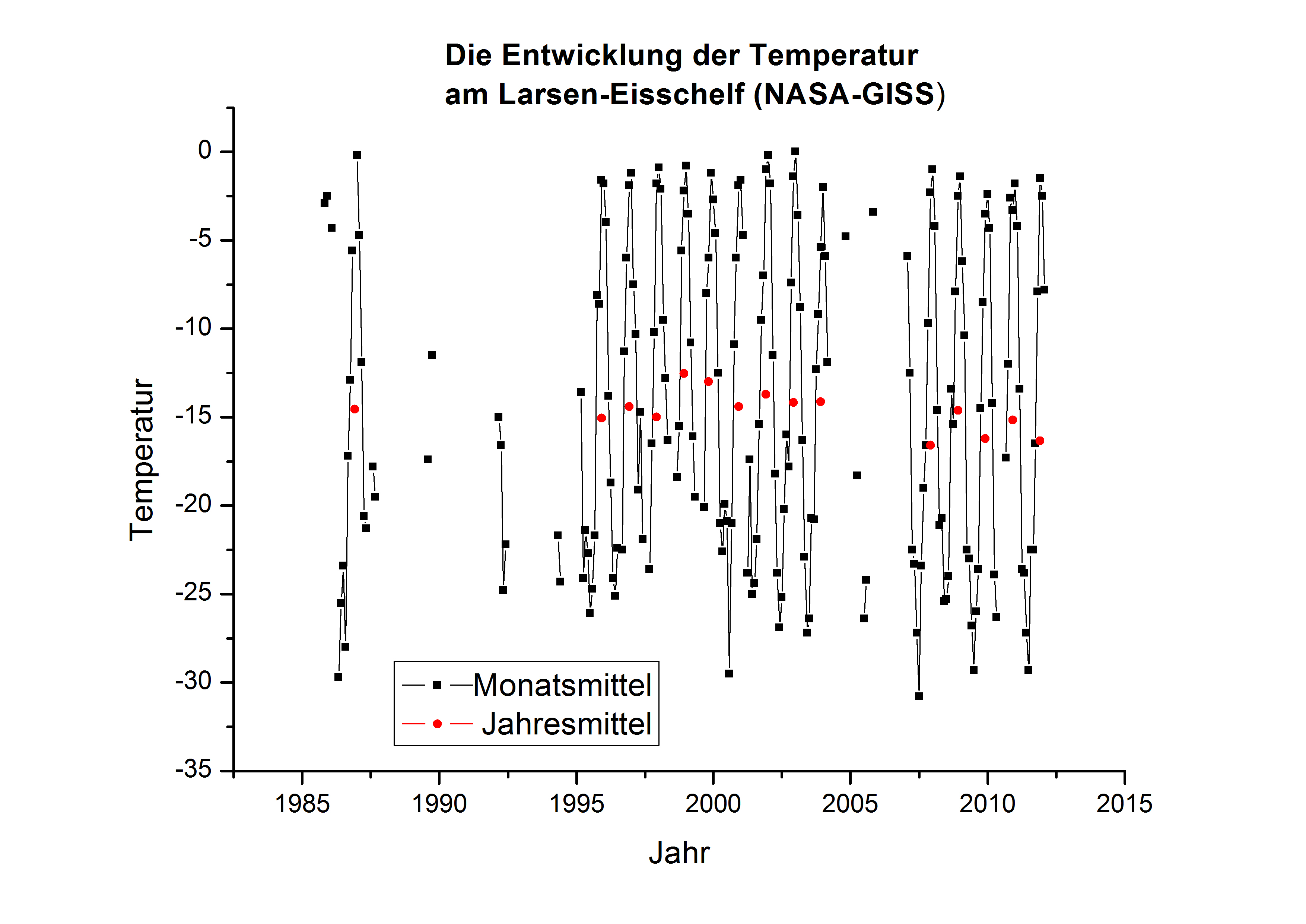 A warming of 2.5°C over the last 50 years is nowhere to be found. And any warming that did occur, did so without exception before 1980. Taking this into account, attributing the break-up of the Larsen Ice Shelf to global warming is already quite adventurous, to put it mildly.”

(5) The entire Antarctic ice area is as a whole growing in size [5].

(6) The reason for the break-up of ice in the areas of LARSEN-B + WILKINS is in no way due to warming as suggested by the SPIEGEL article [2]” because there simply isn’t any over Antarctica. See footnote [4]:

Almost all of Antarctica has gotten colder over the last 30 years. The only exception is the Antarctic peninsula. This is due to meteorological reasons: The Antarctic peninsula is in the west-winds zone of the southern hemisphere. This southern hemisphere west-wind belt is subject to stochastic cyclic atmospheric pressure fluctuations, as is the case for all other global wind systems. Here, analog to the atmospheric fluctuations of the middle latitudes of the northern hemisphere known as the North Atlantic Oscillation NAO, the Antarctic Oscillation Index AAO is calculated.”

The course of the AAO-Index from 1948 to 2002 is shown in Figure 3. Before about 1980 there was a dominance of meridional weather systems. Since then zonal weather systems have overwhelmingly predominated. This means there’s been a strengthening of the west-wind circulation and thus storm activity. At the same time more mild air from the Pacific gets fed into the Antarctic peninsula. Thus storms with warm air contribute to more ice melting on the Antarctic peninsula, along with high waves which mechanically break up the ice at a faster rate. Examples in the recent times are the ice breaks (icebergs) at the Wilkins Ice Shelf at the west coast of the Antarctic peninsula.”

Thus the causes are meteorological, and they have nothing to do with any kind of “climate catastrophe”.