The Maldives in the Indian Ocean have long been used by global warming alarmists to drive home the dangers of rising sea levels should polar ice sheets keep melting because of man-made global warming. 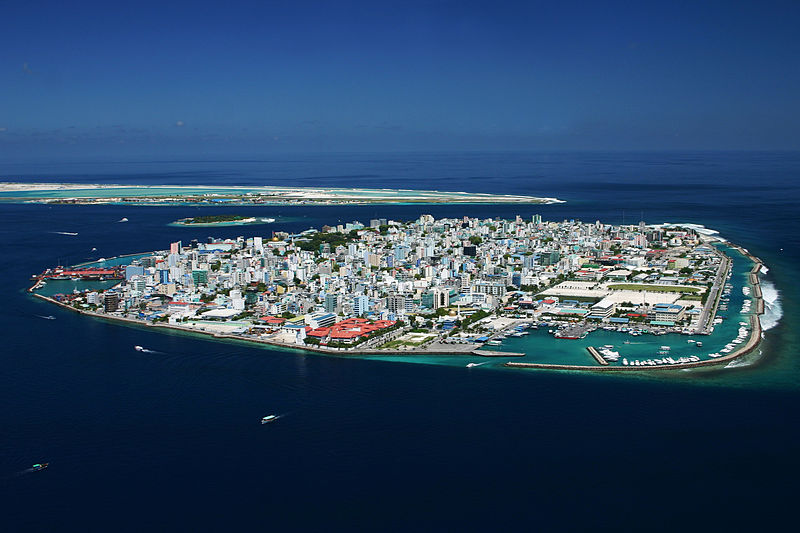 In 2012 former President of the Maldive Islands Mohamed Nasheed said: “If carbon emissions continue at the rate they are climbing today, my country will be underwater in seven years.”

With such a prediction and recalling how the latest UN IPCC report boosted its estimate of sea level rise, and taking into account that CO2 emissions show no signs of abating, you would think the Maldives would be the last place developers would build anything. The Maldives are barely more than a meter above sea level on average.

But according to veteran Die Welt journalist Ulli Kulke at his Die Welt blog here in a piece titled Tourist industry does not believe in the downfall of the Maldives, this is not at all the case. Kulke writes:

Whatever is really behind all the rising sea level scare stories, huge commercial investors are obviously dismissing them. If anything, these scare stories are providing lots of publicity for the islands’ tourism industry. Already more than 1 million tourists are flocking to the islands every year and, Kulke writes, Nasheed says the islands can handle many more.

Kulke writes, “Environmental protection in the Maldives is practically non-existent.”

Moreover he suggests that the climate change issue is being used by Nasheed to generate lots of cash:

At the big climate conferences – and supposedly also in Warsaw in two weeks – Nasheed meets regularly to milk cash compensation from climate-sinning countries on behalf of his country and other island nations (on which environmental protection plays a subordinate role). Almost the entire supply of energy on the island for the millions of tourists flowing in, by the way, is produced by diesel generators, this while Nasheed continues to press for foreign countries to switch over to renewable energies.”