It writes that by every measure winters in the European Alps have gotten “considerably colder” over the last 26 years. 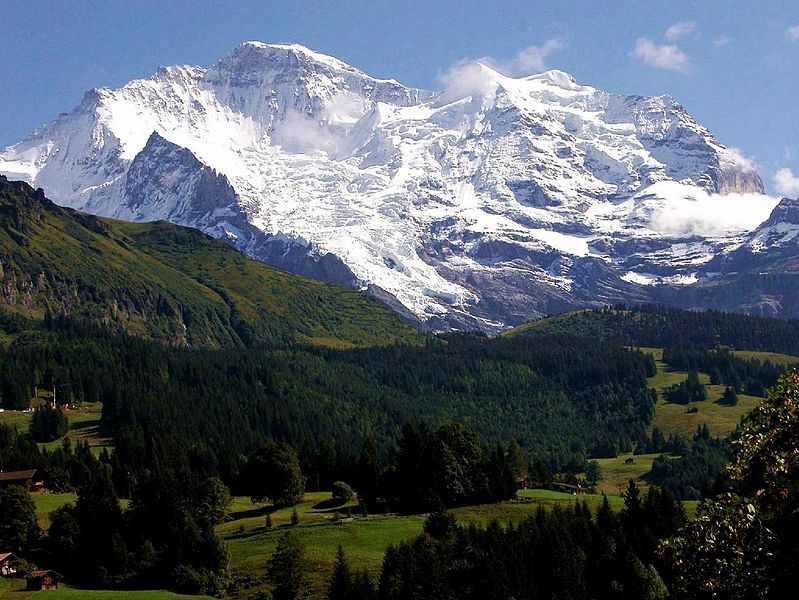 Not long ago, “renowned scientists” were predicting that much of the ski industry would soon be disappearing in the European Alps and that vineyards would be moving in their place. Other scientists predicted that snow in the winter would soon be “a thing of the past“.

But according to data presented by zukunft-skisport.at, precisely the opposite is actually taking place.

Figure 1 at their site shows winter temperatures at the Hahnenkamm station at Kitzbühel (1790 m). Clearly the trend here is dramatic cooling (7.5°C per century) taking place over the last 20 years! Moreover 8 of the coldest winters occurred in the last 11 years alone.

Figure 2 shows the development of winter temperatures at the Ostalpen (East Alps) summit since 1970/71. The chart is the average of three stations: Säntis, Zugspitze and Sonnblick. Here as well the trend since 1988 is sharply downwards, thus causing global warming scientists’ eyebrows to hit the ceiling. In fact there hasn’t been any warming in 43 years, i.e. almost half a century!

Well, maybe the data being used are not really reliable. Banish the thought. Zukunft-skisport.at writes:

The measured data come from each of the official national institutions: ZAMG (Austria), DWD (Germany) and MeteoSwiss (Switzerland).”

And as many of us know, nobody measures things more precisely than these guys and gals do.

Figure 3 shows the temperature development for Ostalpen since 1988. On temperatures, Zukunft-skisport.at summarizes:

All measurements show that it has gotten colder in the mountains of the Ostalpen over the last 26 years. Emeritus Univ. Prof. Dr. Michael Kuhn, for years on the board at the Institute for Meteorology Innsbruck, formulated in a personal interview: ‘The fact is that winters in Tirol have gotten colder over the last 15 years.'”

No change in snow amounts in over four decades!

Not only temperatures have been rapidly declining. Also snow amounts in the European Alps have been rising, thus contradicting claims of warming. Zukunft-skisport.at:

Analogous to winter temperatures, also the snow amounts in the last 4 decades have not changed significantly, as they had been predicted to do.”

Figure 4 shows the development of snow depth at Saalfelden (800 m) since 1970/71. Year-to year variation is substantial. The 30-year moving average shows a slight decline. However, a substantial increase is shown since 1998.

Figure 5 shows the development of ski-lift operation days at Kitzbühel since 1992/93. Here as well we see a trend of more ski-days. The last two years have set new record highs!

Zukunft-skisport.at asks what should we expect for the future, and reminds its readers:

Currently 97.4 percent of the climate model simulations cannot correctly reproduce global climate reality. The ZAMG (2013, www.zamg.ac.at) therefore concludes in its essay ‘Temperature-Hiatus’: The research results of the last years are showing us more and more often that natural fluctuations in climate are considerable. The current temperature hiatus shows that the climate system is still not understood with regards to its full complexity and that the global climate models are still not adequate.“

So much for the myth of warming in the Alps of Europe. Global warming scientists have got to be embarrassed and humiliated. You couldn’t be more wrong if you tried.

EIKE here also pointed out last year that temperatures in Germany have been cooling over the last quarter century.