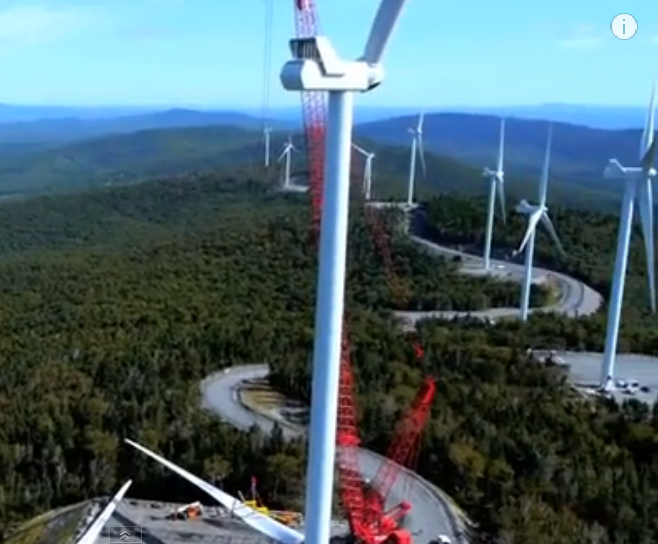 Senator Rodgers has had it with industrial wind energy ruining his state’s environment, announcing:

I will join with the growing number of Vermonters who have concluded that industrial wind turbines do not belong in Vermont, period.”

As a consequence, in 2016 Rodgers plans to introduce a bill that would ban industrial wind turbines, sending them the way of the billboard. Rodgers position illustrates the rapidly growing resistance to industrial wind parks erected on Vermont’s idyllic Green Mountains.

Recently nearby wind-parks in Sheffield and Lowell have driven the message home to local residents and tourists that the green energies aren’t green at all and that they are coming with a unexpectedly high environmental price. Rodgers, in his piece, calls the environmental impacts of wind turbines “devastating”.

Moreover Rodgers, a Democrat no less, accuses the Vermont legislature of political corruption:

We have legislators who write policy to serve the very utilities and energy developers that finance their campaigns.”

He also blasts industrial solar fields in Vermont, another state where the sun doesn’t shine at night and one which often sees snow 6 months a year. He supports restrictions on large-scale solar installations, which he says benefits no one except solar industry profiteers. He writes that covering farmland and forests with solar panels reduces the amount of land available to grow food.

No affect on climate

The Vermont state senator writes that even the Public Service Department acknowledges that Vermont green energy policies will have no affect climate change, yet that they severely damage the local environment. He calls on protecting the state’s forests and not industrializing them.

Vermont’s power is already carbon neutral – why ruin the landscape for nothing?

It should be noted that some 150 years ago Vermont was mostly deforested due to its early sheep farming.

Moreover some 90% of the state’s electric power has come from carbon neutral sources already!, such as Vermont Yankee nuclear power plant and hydroelectric power from Quebec. Vermont has far fewer than a million inhabitants and there is no sense whatsoever in ruining its landscape for something that will have absolutely zero impact whatsoever on the climate. It all boils down to green ideological showboating – one that comes with a terrible environmental heritage price.

Hopefully, more political leaders will follow Rodgers’s lead and think seriously about what they are wreaking upon the state’s beauty. As it stands, too many politicians have been governing under the influence of “green” dope and climate science BS. Unfortunately it looks like it’s going to take a massive environmental hangover before they sober up from all the climate insanity.