We’re always hearing from the European media how winters supposedly have been getting warmer. Yet when we look out the window and look at the hard data, the claim crumbles.

Today snow is forecast across much of Europe. In the US Dr. Ryan Maue tweets if there is any place other than southern Florida where it is not snowing, and: “Atlanta suffering from 3-6″ of global warming today.”

Kirye from Japan tweeted telling us that Ikutahara, Hokkaido Prefecture saw with a reading of -24°C the coldest December 9 temperature in at least 40 years: 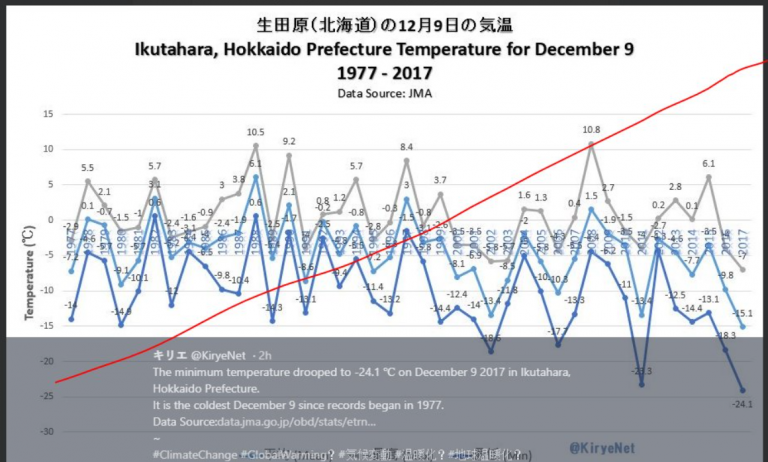 Meanwhile the UK Met Office has issued the amber warning as temperatures are forecast to plummet to -12°C and snow to pile up to 20 cm.

Of course all of the above do not come as any surprise to those who ignore the media climate propaganda and focus on the real data.

The European Institute for Climate and Energy Friday posted on Germany mean winter temperature over the past 30 years. A vastly huge majority of Germans would tell you that Germany winters have gotten warmer – because of “global warming” – and so confirm they are only parroting the fake German news.

Yet, EIKE writes what the reality in Germany really is: “Winter has been giving global warming the cold shoulder“.

A chart of the last 30 winters from data from the German DWD national weather services show that German winters in fact have been cooling: 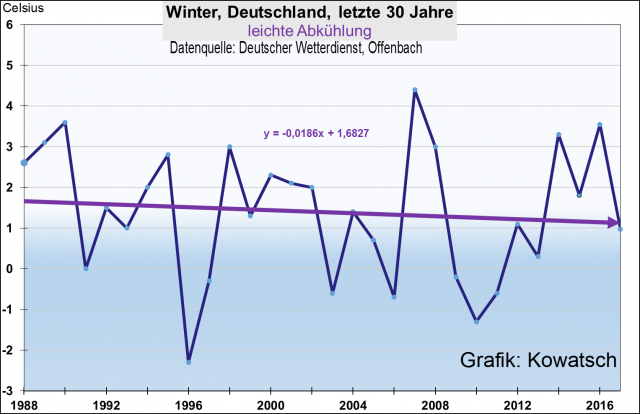 Going back more than 100 years, since 1910, it is also clear that German mean winter temperatures have nothing to do with CO2: 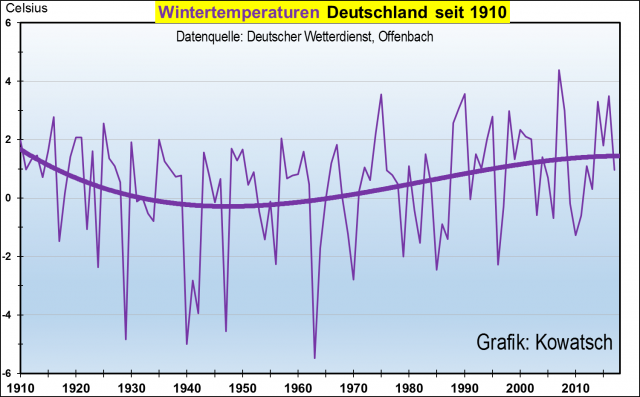 So before the German DWD weather services and media blurt claims that winters are becoming warmer, they first ought to look at their own data. There hasn’t been any warming since “global warming” started being an issue at the end of the 1980s. 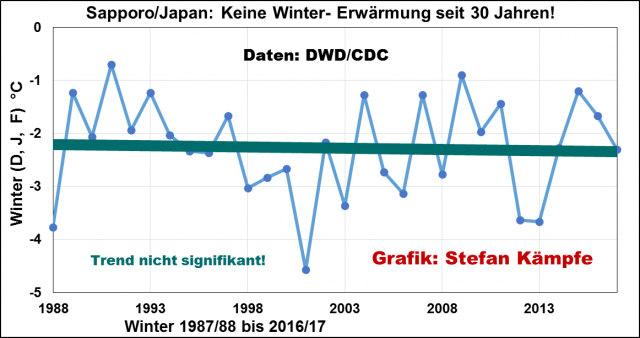 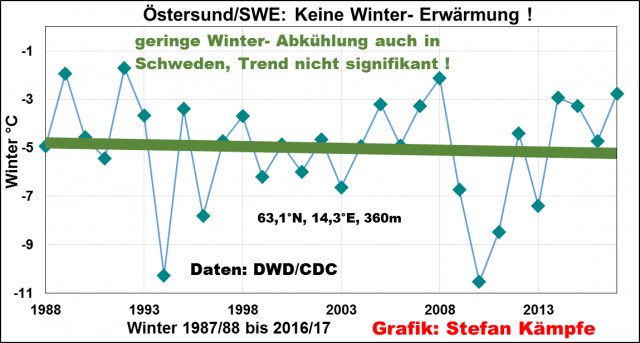 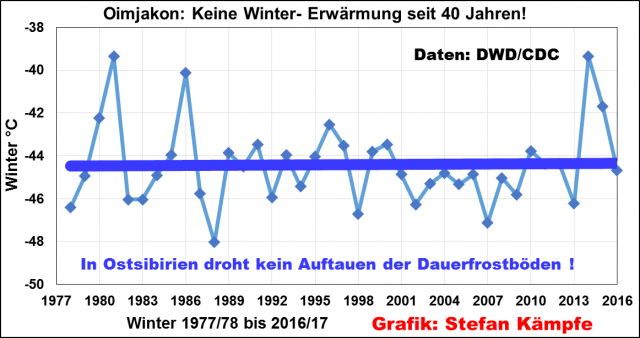 No warming trends seen over the past 30 years at these locations. And the eastern Siberian permafrost is not going anywhere anytime soon, Stefan Krämpfe’s chart tells us.

Of course global temperatures as a whole have warmed since 1980, but it’s nothing that comes close to what the alarmists would like to have us believe. The truth is that there’s been very little warming at all since the late 1990s.