It all happened in only a matter of hours, without any management overhaul, comprehensive restructuring or total management-instituted culture change within its newsroom: Influential German leftist news giant Der Spiegel went from a rural-America-loathing metropolitan media outlet to a humbled institution who suddenly loved the American heartland people and today is begging for forgiveness and a chance to make good. 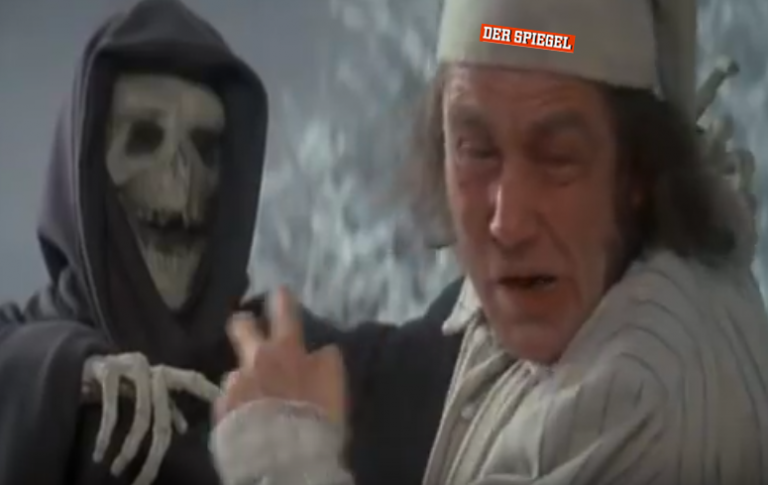 This is nothing short of a Christmas miracle

These malicious insults were heard on a daily basis from the snobby, elitist German mainstream media, among them Spiegel – so much so that today common Germans routinely repeat the slurs (even though many have never been to the country).

So what suddenly happened at Der Spiegel? How did rural America go from this to “fantastic”!

This is the Christmas Miracle of Hamburg, the cosmopolitan German city where Der Spiegel is based.

The Spirit of Jayson Blair

It seems the Spirit of Jayson Blair paid recently a late evening visit and warned Der Spiegel that – beginning at midnight – three ghosts would visit and show the snobby news outlet that it too was forging its own chain, link by link, and was well on its way to suffering Blair’s fake news fate. And this could only be averted if rapid change of heart took place in its editorial rooms: “When I lived, my spirit like yours never walked beyond the narrow limits of our newshouse…objective journalism should be our business, Der Spiegel, but we seldom attend to it, as you shall see!”

Then at the stroke of midnight the Ghost of the Past appeared and showed what the awful, one-sided journalism Der Spiegel had practiced over the years, maliciously slandering rural Americans and their values. Der Spiegel looked on in horror.

Then at 1 a.m. came the Ghost of the Present, which showed Der Spiegel how the public was perceiving and ridiculing them as the Lügenpresse, and what a lowlife media outlet the leftist cosmopolitan magazine had become: “Der Spiegel! The sins of the media are huge. A never ending symphony of villainy, infamy, duplicity, deceit and subterfuge. And no one is worse than Der Spiegel,” the Ghost of the Present thundered!

Next came the deathly Ghost of the Future, which showed that unless Spiegel changed, the Hamburg-based Conservative-America-bashing magazine would soon find its name engraved on a tombstone and would be forever damned.

Terrified by these shocking visions, Spiegel editors awoke trembling the very next morning, humbled and totally transformed, and pledging to make good.

They immediately traveled out to rural America Fergus Falls to deliver the most imaginably sincere and humble apology for their earlier trashing of these good people. They took an oath to be more respectful, and assured they in fact loved Trump-voting rural America and declared how much they really admired all the Tiny Tim Americans. Spiegel called Fergus Falls “fantastic”.

All of it happened overnight. And for those who know Spiegel and the mainstream German media culture, it is nothing short of a Christmas miracle.

But just how long will this miraculous self-redemption last? Is it really a genuine transformation, or is it just more Relotius-quality fake reporting by Spiegel? We will see.