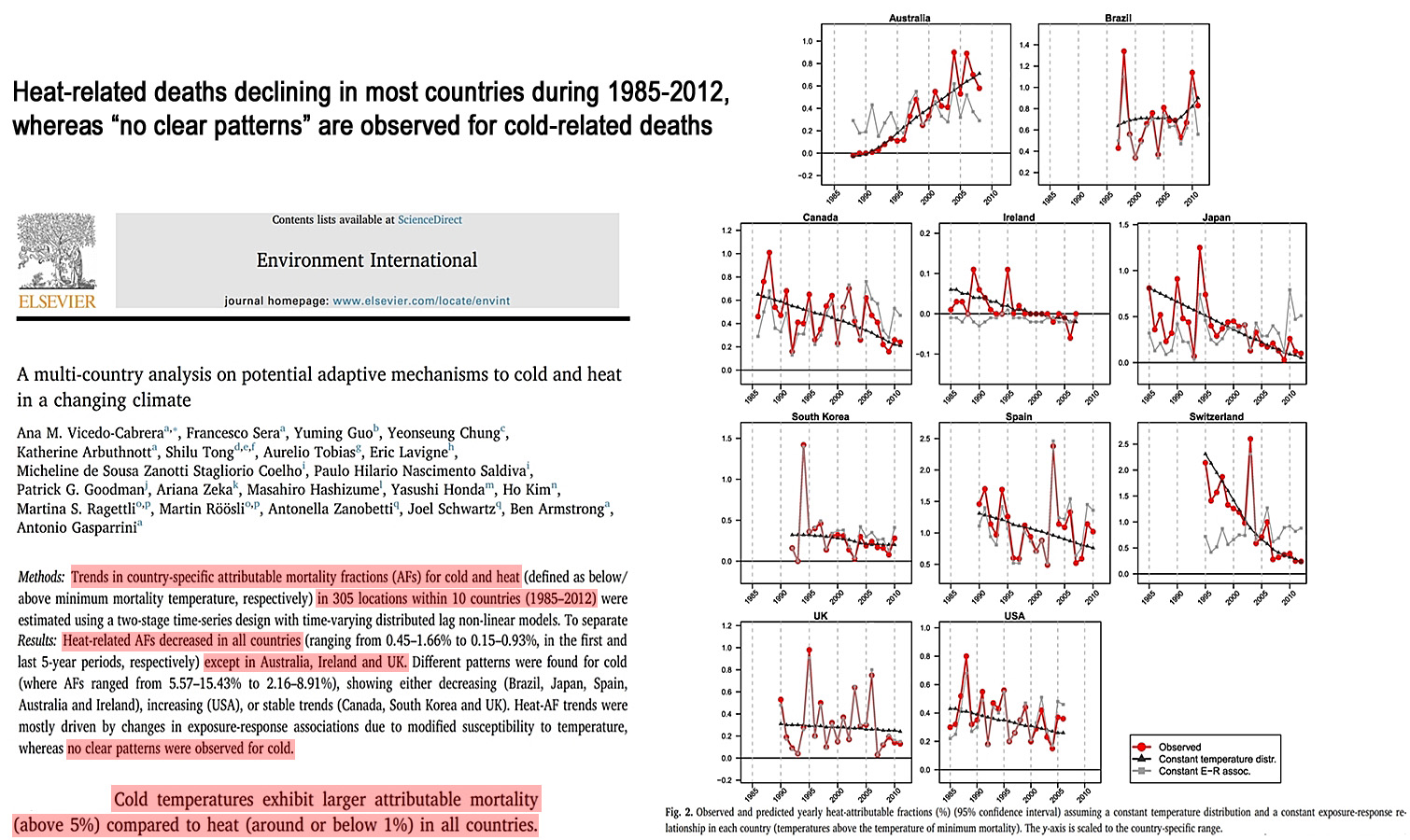 Across the globe, recent cold spells have become more and more deadly.

In the UK, for example, there were 50,100 excess deaths due to “a prolonged spell of extreme cold” during the winter of 2018, which is the highest mortality number since 1976 for this region.  In contrast, deaths associated with summer heat waves usually only reach into the hundreds or less. 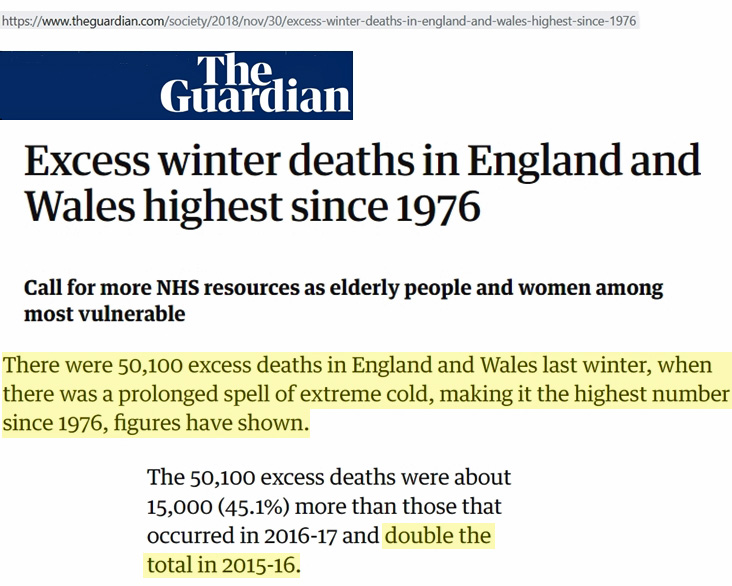 Despite Australia’s relatively warm climate, there were about 6 times more attributable cold-related deaths (61.4%) than heat-related deaths (10.6%) during the first decade of the 21st century. 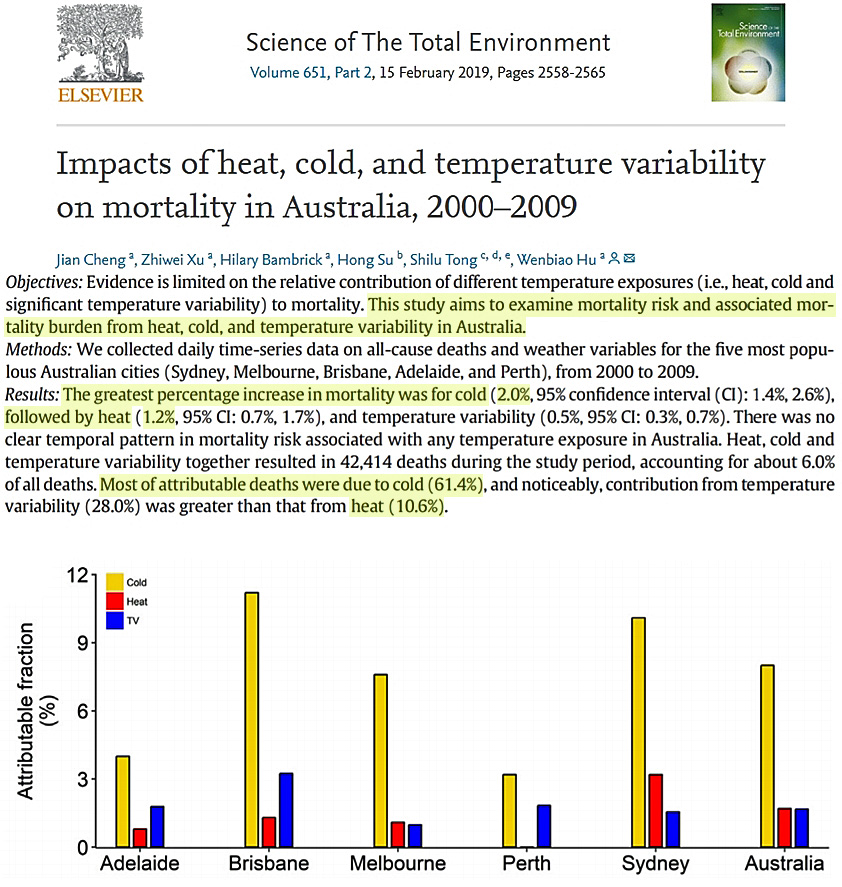 In Southwest China, like Australia, there were 6 times more deaths attributable to cold weather (4.08%) than to hot weather (0.67%) during the 2009-2016 period, when global temperatures were often said to be “the hottest on record”. 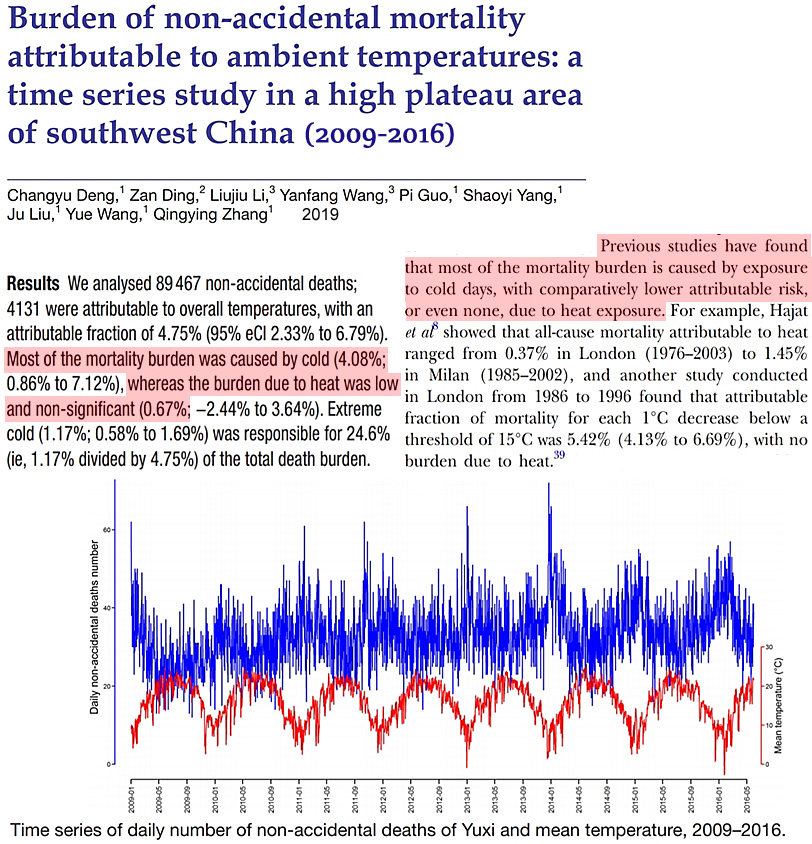 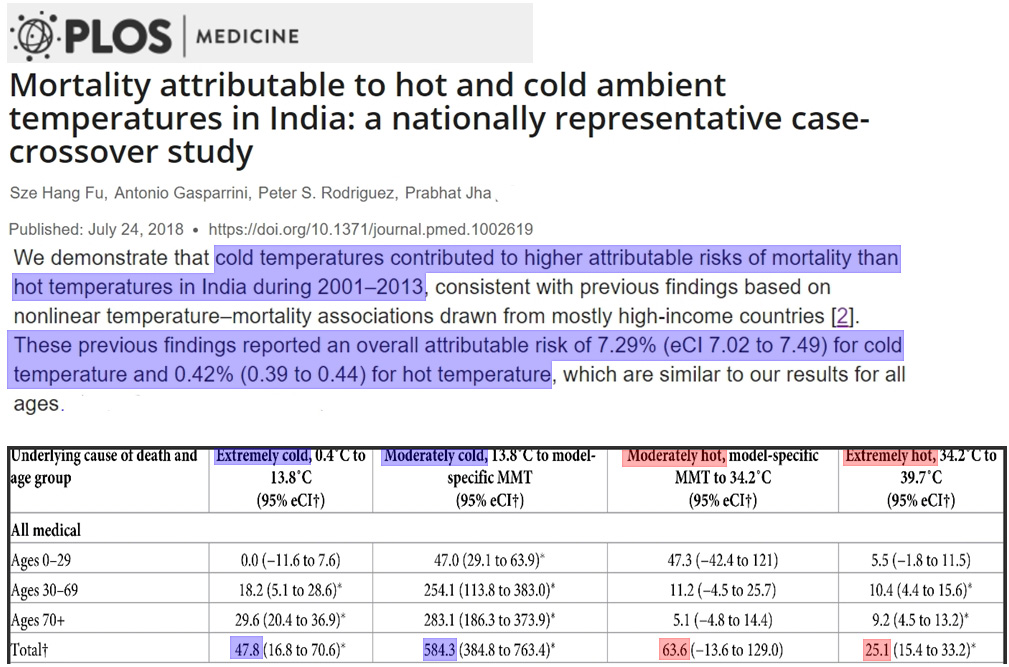 In Spain, the frequency of cold days increased slightly during 1983-2013.  While heat-related deaths decreased in frequency during this time span, cold-related mortality has been increasing.

The authors (Díaz et al., 2019) suggest that increased energy poverty and the high costs to heat homes are a significant reason why cold-attributable deaths have risen in Spain. 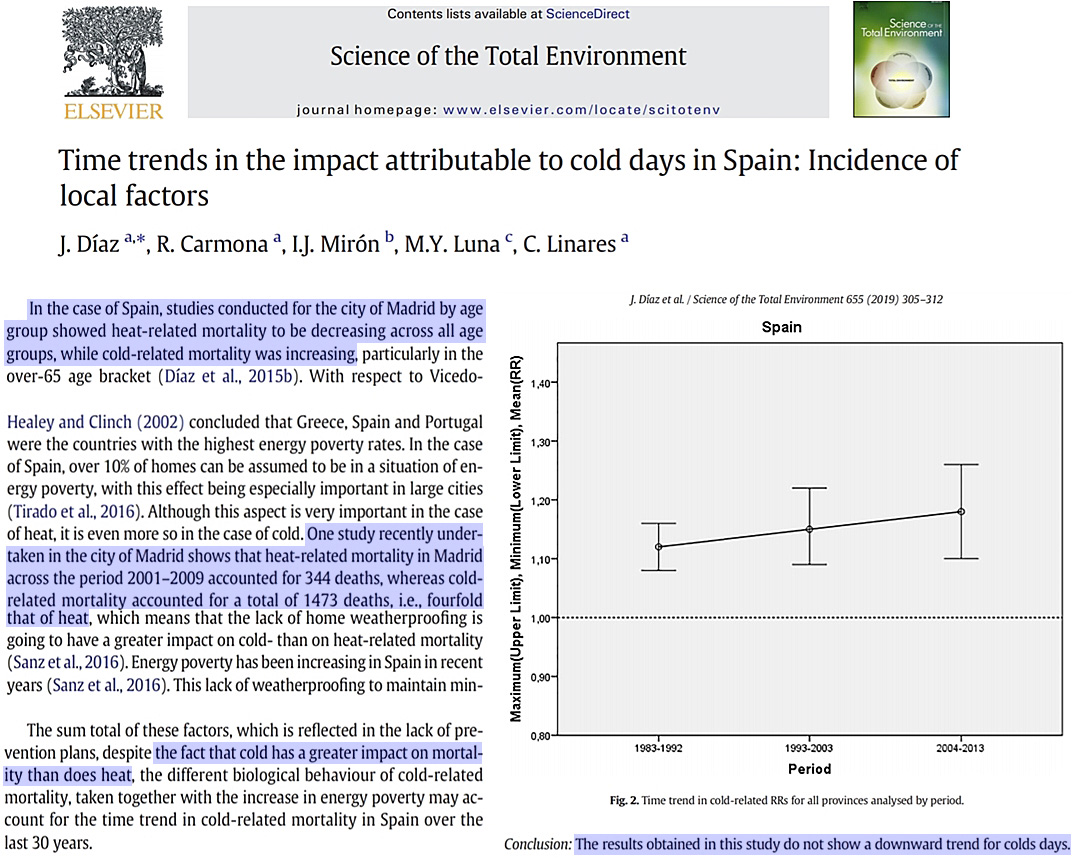 Considering the death toll for cold weather events hasn’t been declining in recent decades, and that cold weather is far more deadly than hot weather, perhaps there should be more of an emphasis on policies and practices that keep citizens safe during cold weather events in this “global warming” era.