Share this… Facebook Twitter77 German scientists have signed an open letter to Chancellor Angela Merkel casting their doubt on the hypothesis of manmade CO2 emissions causing considerable global warming. The letter, drafted in 2009 by EIKE, continues today to gather signatures from scientists in Germany. Here is the German Letter with signatures, and here’s the English translation. The open […]

Share this… Facebook TwitterThe consensus was that global erosion of mountains and the Earth’s surface had been accelerating over the last 5 million years. Well, guess what? This once long accepted hypothesis has just been smashed by researchers at the GeoForschungsZentrum in Potsdam Germany. They present their results in the May 13 issue of Nature.  […]

Share this… Facebook Twitter The Conference has begun – I’ll get right to the points. 1) How’s the mood going to be over there? Like a funeral? LOL! Yeah, like dancing on the grave of your most bitter and hated enemy. I wish I could be there. It goes without saying, the mood will be […]

Share this… Facebook TwitterThings have really gotten desperate for the CAGWists also here in Germany. That’s what a little Climategate and Germany’s coldest winter in 46 years can do to a junk-science theory. Dirk Maxeiner brings up a piece appearing in the German online Frankfurter Rundschau titled: Campaign of Lies McCarthy Style Click here! The piece describes how more than […] 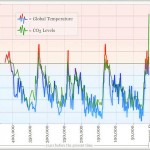 Heads Up – Coming: AWI Climate Reconstruction 400,000 to 4 Million Years Ago

Share this… Facebook TwitterThe Polarstern ice breaker of the government-funded Alfred Wegener Institute is now returning from a 7-month long expedition to the Antarctic, putting 37,000 nautical miles behind it. A total of 150 scientists from 15 countries have taken part in the Antarctic research expedition. here Onboard in the ship’s cargo bays are 1000 […]

Share this… Facebook TwitterThanks to reader ThomasJ, who provided this link to a Norwegian documentary about bird-killing windfarms. It might take a few moments to load. And although the clip is in Norwegian, the pictures themselves tell the story. The Norwegian windfarms are turning once majestic landscapes into a nightmare. http://www1.nrk.no/nett-tv/klipp/282395 I’m also amazed at the number […]

Share this… Facebook TwitterMichael Krüger of Readers Edition has a post on Germany’s first offshore Alpha Ventus windpark located in the North Sea, 30 miles from shore. Alpha Ventus has 12 5-MW wind generators. The electricity will have to cost 7 – 8  US-cents per kwh just to cover the construction costs. That’s about the […]

Global Warming Is Off The Radar!

Share this… Facebook TwitterEarth to Gore! Earth to Gore! Do you read? I remember seeing Gallup polls listing Global Warming and Environment separately, and almost always near the bottom on the list of concerns. But I don’t ever recall GW being relegated to obscurity – but maybe I’m wrong here. Anyway the “climate crisis”, as Gore likes […]

Share this… Facebook Twitter      Install solar panels, and save the planet! Well, not so fast. Solar cells are high-tech electronic products that contain hazardous materials. Mother Jones took a look at the solar industry, and what they found isn’t pretty. It cites a survey conducted by the Silicon Valley Toxics Coalition (SVTC) with 25 solar […]

Share this… Facebook TwitterAccording to Die Welt online, a team of German physicists at the Freiburger Fraunhofer Institute for Solar Energy Systems set a new world record by making a solar cell that can convert 41.1% of the sun’s light into electricity. Today’s typical silicium panels on homes don’t even reach 20%. http://www.welt.de/wissenschaft/innovationen/article7498251/Weltrekord-beim-Strom-aus-Sonnenlicht.html How did they […]

Share this… Facebook TwitterIn a just published 43-page paper, leading scientists and professors are calling for a completely new direction in climate policy after what they call “The Crash of 2009”. http://www.lse.ac.uk/collections/mackinderProgramme/pdf/HartwellPaper07052010.pdf This was made public this morning by Dr Reiner Grundmann, one of the paper’s authors, at http://klimazwiebel.blogspot.com. In its Executive Summary, the paper states […] 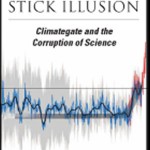