Share this…FacebookTwitterGet ready for some short-term cooling in the months ahead. The Australian Bureau of Meteorology has released its latest ENSO report. The BOM says sea surface temperatures in the central equatorial Pacific have continued to cool, and so the tropical Pacific is now generally cooler than average. Below the surface, temperatures also remain significantly cooler […] 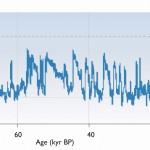 More Proof That Greenhouse Gases Do Not Drive The Climate. Climate Drives The Gases

Share this…FacebookTwitterThere still remains much dispute as to whether warming causes higher greenhouse gas concentrations, or if more greenhouse gas concentrations lead to warming. We can all recall Al Gore standing near his temperature reconstruction in AIT misleading his viewers into thinking that CO2 comes first, and then the warming. Germany’s Alfred Wegener Institute (AWI) released a […]

Posted in CO2 and GHG | 3 Responses