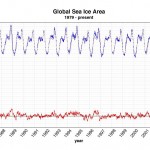 Chicken Little Was a Calamitologist – by Ed Caryl

Share this…FacebookTwitter  Last week I asked readers to submit their own essays: Wanted! Readers As Guest Writers. Well, I’m happy to present the first one! Ed Caryl observes that skeptics tend to have more training and real life experience in the art of forecasting than warmists do. So who should we believe? Yeah, it’s a tough question.  […] 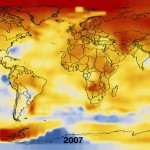 Share this…FacebookTwitterScientists often say that if you want to see the climate change signal, then look at the poles, especially the Arctic. How often have we seen the following red-coloured graphic, or similar, and thought: Oh my God! Well don’t panic. Even with all the “hottest-ever-first-6 months” in 2010 belly-aching, temperatures are about to take a […]

Share this…FacebookTwitterI know the other uptown climate sceptic blogs don’t want to get anywhere near this red-hot potato of a topic, as the details are explosive, too sketchy and the sources are to some extent dubious. Caution has to be exercised  in drawing conclusions. It’s far too early for that. But where there’s smoke, there’s fire. […]

Share this…FacebookTwitterThe German GKSS research centre located near Hamburg has put out a press release that kind of baffles me. Early Warning System For Heat Waves Necessary. The press release starts: After a very cold winter, a heat wave has gripped Germany. All signs point to July being the hottest month ever since records have been […]

Just For The Record: Thomas Friedmann:

Share this…FacebookTwitterThanks to Tom Nelson for posting this. Thomas L. Friedman has earned a spot in my category: Lifestyles of the Rich and Alarmists. Normally I avoid riding on the coattails of other blogs,  but this time I’ll make an exception.If  Thomas Friedman walked around barefoot preaching his gospel like Kung Fu did, then I’d have a […]

Posted in Lifestyles of the Rich and Alarmist | 2 Responses

Share this…FacebookTwitterWhen the temperature sinks far below normal and people freeze to death, you hardly hear a peep from the media anymore.But as soon as the temperature rises a few degrees over normal for a day or more, the media explodes with headlines of “HEAT WAVE!” and “SCORCHING HEAT!”. Thanks to the internet and a few […]

The Legal Problems Of Climate Therapy

Share this…FacebookTwitterThe Max Planck Institute has an interesting article (in German) here When Man Engineers Climate concerning the international legal aspects of employing technical means to engineer climate change. Personally, I think there isn’t much man could do, unless all resources were focussed in doing so. But others think it’s possible and even feasible.Scientists are developing processes […]

Share this…FacebookTwitterThe blogosphere has started to buzz about alleged proposals in the European Parliament in Europe to criminalize climate science scepticism. Science progresses through scepticism and rigorous testing of hypotheses. Criminalising scepticism would be the same as criminalising science. It would be a going back to the Dark Ages. Lubos Motl wrote a piece at his blog […]

Share this…FacebookTwitterI’ve been following Joe’s forecasts here in Europe for about 2 years. At first I thought he was just another weatherman and didn’t put too much stock in what he said. Then I noticed his 3 to 6-month general forecasts were pretty darn accurate. Back in 2008 he predicted a cold winter for Europe […]

Share this…FacebookTwitter12°F warming and 20 ft sea level rises over the next 100 years?  Yawn – how boring. That doesn’t scare anyone anymore. Boring, boring, boring.We need shock and awe. It’s time to get drastic and bury the needle, time to roll out the mothers of scare stories. For the warmists it’s Hail Mary time.  The “”unless-we-announce-disasters, […]

Share this…FacebookTwitterWith all the talk about heat waves and alleged record high global temps, one could be led to think that manmade global warming is real and that we’d better install the mercury lights made by Philipps and use electricity made by GE wind generators, and invest in green commodities packaged by Al Gore. As the […]