The blogosphere is now filled wth Arctic sea ice projections and opinions, and why not? It’s a game that adds fun to the science. For example Steve Goddard at WUWT projects 2010 will finish above 5.5 million sq km.

My forecast remains unchanged. 5.5 million, finishing above 2009 and below 2006. Same as it has been since May. 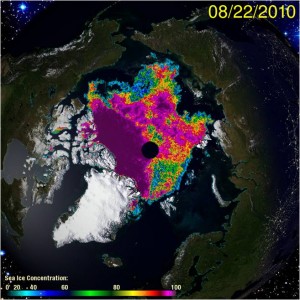 I’d be happy if that became true because it would be real sand in the gears of the death-spiral worshippers. But seriously I doubt it will keep above or at the 5.5 million mark. That’s a real long shot.

Maybe a different dataset is being used for this claim. The shot above shows there is still plenty of potential for melt.

Weeks ago I projected, using my crystal ball, that we would finish a bit below 5 million. That’s turning out to be a wee bit too pessimistic, but not too much though.

On August 22, Arctic sea ice according to JAXA was at 5.628 million sq km. That means only 128,000 sq km over the 5.5 million mark with still about 20 days left before reaching the average low point. That’s a lot of time. 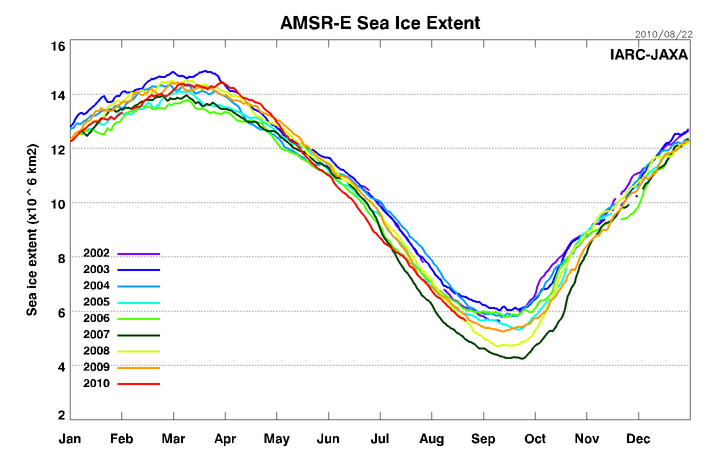 Over the last 8 years we have seen that from August 22 until reaching the low point, Arctic sea ice has lost an average of 535,000 sq km.

The Arctic is not projected to get very cold in the next two weeks, see here: http://wxmaps.org/pix/temp2.html.

The temperature above 80°N latitude is also staying stubbornly near the freezing point. So expect Arctic sea ice, using JAXA, to get down closer to the 5 million mark. 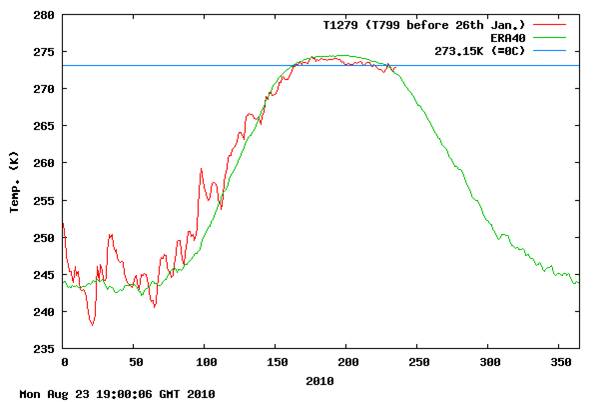 Yes, of course, there are lots of other factors, wind, blah blah, blah, but only 100,000 sq. km of melt over the next 20 days could only happen if Al Gore showed up at the North Pole.