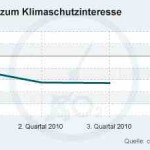 Share this…FacebookTwitterDespite all the media über-hype about this year’s “weather extremes”, which are normal to begin with, and the upcoming Cancun Conference, the German index of public interest on climate protection fell yet again during the 3rd quarter of 2010, from 56 to 55, according to the co2online GmbH, a program set up by the German […]

Race Against The Climate Apocalypse – Just In Time For Christmas

Share this…FacebookTwitterIf you don’t know what to buy the kids for Christmas, then here’s just the thing: computer game The New Beginning. It’s the latest from Daedalic Entertainment, from German game producer gamecity-hamburg.de, see trailer (Sorry, only in German). It’s the latest for teaching German kids the end of the world is coming, unless…! It’s the year 2500 and what’s […]