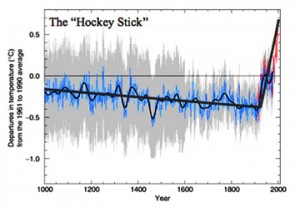 Climate nonsense will lead to this trend in electricity prices.

German journalist Günter Ederer has a piece at the online Fuldaer Zeitung called The Electricity Bill Is Going Up And Up. Hat-tip Detmar Doering.

Politicians in all parties in Germany, from the communists to the conservatives, and everything in between, are all racing to be the first to jump off the let’s-save-the-climate cliff.

All have made rescuing the climate a target that absolutely has to be achieved – no matter the cost. Politicians of every stripe have pledged to cut Germany’s CO2 emissions 80% by 2050. Minister of the Environment Norbert Röttgen, of the conservative (in name only) party, even sets it up as a life and death matter, as absurd as it sounds:

That rescues our climate.

No kidding. Everything else takes a back seat to this imperative – consumers be damned. Taking the little guy to the cleaners in Germany knows no limits. And so, expensive green energy sources like wind and solar are being subsidized with total abandon, and consumers are getting the big-time shaft through skyrocketing electric bills- The government profits in the end. Ederer writes:

Renewable energy must be fed into the power grid at a mandated fixed price, which for the consumer will mean a price increase of 6 cents per kwh for 2011 alone.

What benefit will all this pain render consumers? It’s a fact that CO2 emissions globally are going to continue increasing, as most countries outside of Europe could give a rat’s rear about foregoing prosperity in order to play the make believe game of rescuing the planet.

If Germany succeeded in reducing its CO2 emissions 80% by 2050, what theoretical impact would it have on the environment? Ederer tells us:

Meanwhile, the numbers are in from the German Weather Service. October 2010 was 0.9°C colder than average. If Germany’s greedy politicians get their way. This may someday be corrected to 0.9072°C cooler.