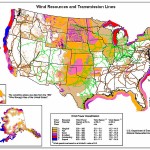 Share this…FacebookTwitterThe Voice Of Russia website has an interview with John Ritch, Director General of the World Nuclear Association, based in London, UK. The interview starts as follows: What kind of consequences could the decision by the German government have, both in political and economical aspects? Well, let us return to the basics of what […]