Vahrenholt’s And Lüning’s Skeptic Book Skyrockets To No. 14 On The German Bestseller List!

Share this…FacebookTwitter**** UPDATE: No. 14 on SPIEGEL Bestseller List! **** This is stunningly phenomenal. According to spokeswoman Julia Strack at Hoffmann & Campe publishing, 20,000 copies have been distributed over the last week and: It will enter the German bestseller list on Monday as number 14.” “Die kalte Sonne” is also the No. 1 seller at […] 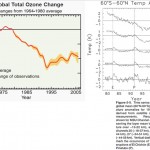 Share this…FacebookTwitterARD German public television presented a short clip of Fritz Vahrenholt and the contents of his new book during its early morning show on Monday. ARD had an agitated Prof Mojib Latif on to respond.It is still unclear why Latif is agitated with Vahrenholt to begin with, as they both agree that CO2 is […]