German Press, Greenpeace Lament: “Rio+20 Was Finished Even Before It Started…Deflated, Exhausted Atmosphere”

Share this… Facebook TwitterThe binding UN international treaty on limiting greenhouse gases and forcing “sustainable” living is dead. Is anyone listening any more? UN briefing to, um, hardly anyone. The world has once again been rescued (for the time being) from the real menace: radical environmentalism. We’ve done it. We’ve succeeded in dumping a load of sand […]

Share this… Facebook TwitterGerman online tabloid Bild today has an article about a study on obesity and its effects on the planet and climate. Time for you to go on a climate-saving diet. The study appeared in the journal of BMC Public Health. Bild writes that increasing obesity does not only causes chronic ailments such as […]

What Are The Causes of Sea Level Rise?

Share this… Facebook TwitterWhere Is All That Water Coming From? By Ed Caryl DirkH asked an interesting question in the comments to my last post: “It would be interesting to know how much of sea level rise is due to ancient aquifer depletion. Anyone got a number for that, in mm/yr?” The short answer (paper […]

An Environmentalist Has Second Thoughts: “Cost Will Be Crippling, All Driven By Fear”

Share this… Facebook TwitterThe UK Telegraph here has published a comment by Prof. Fritz Vahrenholt, who together with geologist Dr. Sebastian Lüning authored the skeptic book “Die kalte Sonne“, which was on the Spiegel bestseller for a number of weeks earlier this year. Hat-tip: Neil Jones via Facebook.   Fritz Vahrenholt: “…if these models fail so dramatically in […]

Share this… Facebook TwitterGeologist Dr. Sebastian Lüning and Prof. Fritz Vahrenholt found a Japanese tree-ring temperature reconstruction from 1995, one that should have been heeded by the IPCC and Michael Mann before they took the world on a 10-year joyride in the stolen car of “climate science”. Medieval Warm Period and Little Ice Age found far, far […]

Share this… Facebook TwitterThe Sahara is the world’s largest desert, one that geologist Dr. Sebastian Lüning – having participated in scientific expeditions there over the course of a decade – is very familiar with. Lüning and Fritz Vahrenholt recently wrote a post about a new study that examines climate cycles of the Sahara region throughout the Holocene. Contrary […]

Norwegian Climate Professor: Hansen’s Projection Off By 150%…Regrettable That Politicians Still View It As Reliable

Share this… Facebook TwitterUN Secretary General Ban Ki Moon has written a guest piece for Der Spiegel. In it he declares that “consumption is dead” and that a new economic model is needed for the planet. The UN’s green agenda proposes a global concentration camp of forced environmental labor. However, like everyone one else, he […] 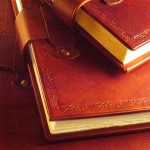 Share this… Facebook TwitterWe can all recall the part in Al Gore’s An Inconvenient Truth about Naomi Oreskes claiming the scientific literature is unanimous on global warming being mostly caused by man-made greenhouse gases. Of course that turned out to be completely distorted, misleading and mostly wrong. Popular Technology.net has been updating a list of […]

Share this… Facebook TwitterHere’s another example on how a once respected science journal has meandered off into junk-rated energy propaganda. Nature now says that global warming will cause blackouts. And of course there’s even media out there gullibale enough to believe it and to spread the nonsense. This to me is an admission that they […]