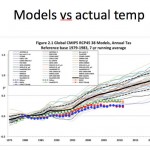 Share this…FacebookTwitterThe PIK has issued a press release on another one of its patently alarmist, statistically selective and manipulative studies, BASED ON MODELS, claiming the end of the world is near.  I’m sure this study will be shown to be preposterous in just a matter of days. No matter, the German media can hardly contain […]

Germany Gives Up On Binding Global Climate Treaty, Now Pushing For A “Coalition Of The Willing” On Green Energy

Share this…FacebookTwitterIf there ever was a confirmation that the UN climate conferences have been a total failure, then this is it. According to the German Press Agency (dpa), Germany is now looking for partners in order to found a “coalition of the willing” for implementing the transition to renewable energies. Apparently, the creation of green jobs […]