Germany and Eastern Europe have been gripped by freezing temperatures and snow for a week, and now Germany’s no.1 daily Bild has an online report warning that “things are going to get a lot worse over the coming week”.

A blast of frigid air is once again getting ready to make an already cold situation even colder – much colder! Bild writes: “NOW COMES THE SHOCK COOLING!”

Beginning in the middle of next week, night-time temperatures down to -20°C are expected. In the daytime the mercury will climb to only -10°C. Everywhere in Germany!”

For those waiting for warmer winters with little snow and balmy temperatures, as the warmists used to promise us, you’ll just have to forget about it this winter too. If the current cold keeps up, then this will be the 4th colder-than-normal winter in Central Europe in the last 5 years.

And what do the weather models show for Week No. 5 (the week after next week) for Central Europe? Right now they show things staying pretty cold. Here’s the forecast for next Thursday, 24 Jan.: 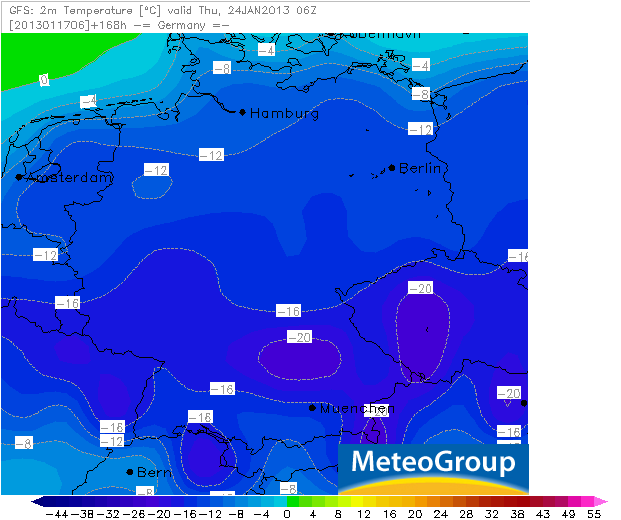 And here’s the projection for 12 days from now, Wednesday, Jan 30: 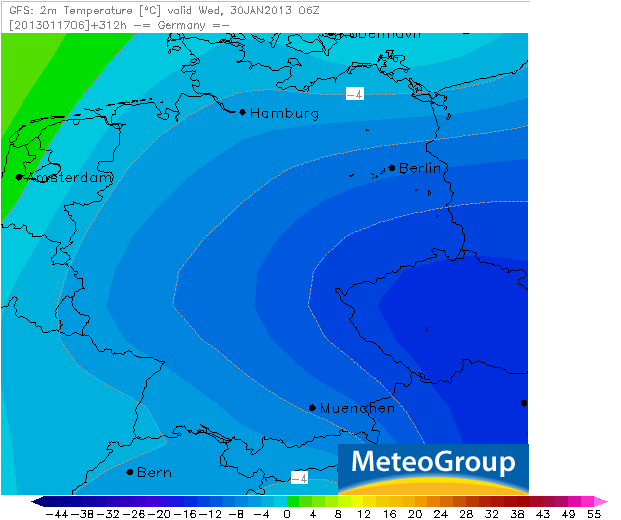 And here’s the projection for 15 days from now: 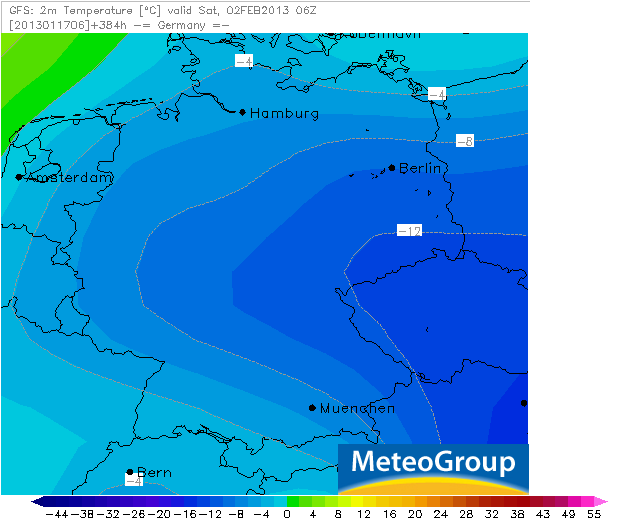 Clearly temperatures for Central Europe will remain far below normal, and with no relief in sight.

It’ll be interesting to see if the German power grid holds up. If neighboring Eastern Europe, and France to the west, are hard hit by bitter cold, then they may not have any surplus power to spare for Germany, which shut down 8 nuclear power plants a year and half ago. Germany thinks that it can fill that gap with wind and solar energy.

Of course that will only work if the sun shines, and there’s no snow covering the solar panels, and if the wind blows steadily, and if people don’t run too many dryers. Don’t be surprised if the government orders large power consumers and factories to shut down.

As for myself, I’m going to start looking for a Honda generator to power our gas-furnace. Even though we’re living in times of “global warming”, I’m not keen on freezing to death in it.

How much is this cold going to cost?

Now just imagine how bad it’s going to get when the mercury plummets to -20°C! It works out to 21% more deaths! And the idiots want us to fight warming?