Dr. Hans Labohm writes at the Dutch Standaard that one of the world’s leading geologists, Peter Ziegler of Switzerland, recently made a presentation on the factors driving climate. It’s not CO2, he said. 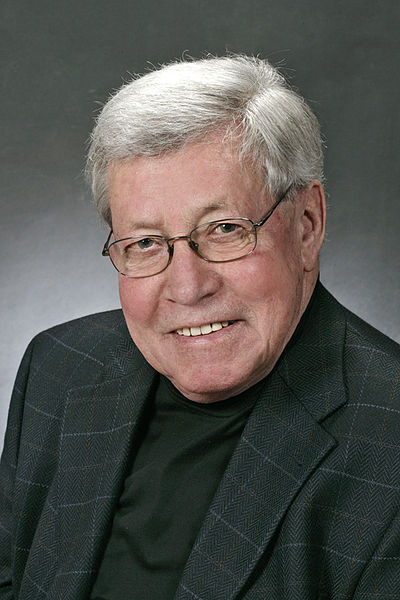 Labohm writes at the Dutch Standaard blog here that Arthur Rörsch and Peter Ziegler have been busy lately with the editors of a special issue of Energy & Environment, where a number of prominent climate skeptics are sharing their views on the factors that determine climate. This publication will be communicated to the members of the UN climate panel (IPCC) in due course.

Labohm then writes that Peter Ziegler has also recently completed a presentation based on peer-reviewed literature and current measurements, where he shows that the sun is mainly driving climate change, and not CO2.

The main points of the presentation, Labohm writes:

● Climate changed in response to natural processes that are active also at present, including variations in solar activity and the galactic cosmic ray [GCR] flux and ocean current oscillations.

● The temperature changes and rising atmospheric CO2 concentrations of the last 33 years are at odds with the rapid Global Warming Concept of IPCC.

● During the positive PDO of 1977 to 2000 temperatures, CO2 emissions and atmospheric CO2 concentrations rose rapidly.

● The temperature effect of the first 20 ppm of CO2 is far greater than of the next 400 ppm.

● GCMs [General Circulation Models] assume that doubling of the atmospheric CO2 concentration from a pre-industrial level of 280 ppm will cause by outgoing IR blockage 1.1 C warming that is amplified by associated water–vapor related IR blockage, giving rise to a positive feedback of 2.1 C, resulting in a net temperature increase of 3.2 C.

● Observations show, however, that the combined water vapor, clouds and albedo feedback is with –0.8 C clearly negative and thus reduces the postulated net CO2 warming effect to 0.3 C.

● Since 1750 atmospheric CO2 concentrations increased by about 35.5%. Of this about ⅓ is attributed to anthropogenic emissions and ⅔ to natural sources.

● δ13C-based and mass balance calculations suggest that about 30% of the current atmospheric CO2 are isotopically depleted with more than ⅔ originating from natural marine and biogenic sources and less than ⅓ from anthropogenic emissions.

● The Modern Warm Period is not an anomaly but one in a sequence reflecting astronomically–controlled solar oscillations.

● The sun with its planets, combined with the Galactic Cosmic Ray flux drive the Earth’s climate and not CO2, as professed by IPCC.

● The 20th Century Solar Grand Maximum of general warming that started in 1924 and ended 2008 will be followed by an episode of lower solar activity and notable cooling.

Peter Alfred Ziegler (Winterthur, November 2, 1928) is a Swiss geologist, who made important contributions to the understanding of the geological evolution of Europe and the North Atlantic borderlands, of intraplate tectonics and of plate tectonic controls on the evolution and hydrocarbon potential of sedimentary basins.

At the occasion of his 80th birthday the Swiss Geological Society honoured Peter A. Ziegler with a symposium on the theme “Deep Earth – from Crust to Core”, held in Lugano, November 23d, 2008. Peter A. Ziegler is still active and regularly contributes to geosciences by reviewing papers and research proposals. It is the unending support by his wife Yvonne that has shaped his career. Hats off to her!