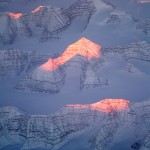 Share this…FacebookTwitterWith leaders from 35 countries now meeting at the Petersberger Climate Dialogue in Berlin, every German government-funded institute is now busily issuing press releases to get their two cents worth of alarmism in. The DWD national German Weather Service is no exception. Two days ago it tweeted a message telling the public that it only “feels like its cooling“. […]