Share this… Facebook TwitterGerman flagship news magazine Spiegel Online today has an article authored by Axel Bojanowski which takes a close look at the recent John Cook survey. German alarmists like the Potsdam Institute for Climate Impact Research hailed it as proof that climate science was settled and done. But Spiegel draws a different a […] 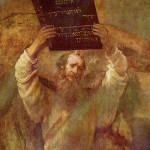 Share this… Facebook TwitterWhat follows is a critical article written by Jens Meyer-Wellmann appearing in German national daily Die Welt that got by me a couple of weeks ago. The title: “Scientists should not play priest…Climate scientist von Storch accuses his colleagues of spreading panic – and sees no major consequences coming from a dredging of […]