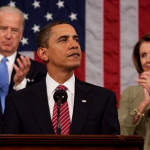 Share this…FacebookTwitterThe President of the United States stepped up to the podium and announced to the land that he was hereby officially declaring climate science settled and the debate as ended. Unfortunately, science is never settled, and the remarks will go down in history as being among the most naïve ever expressed by the office […]