Germany’s greens are hopelessly arrogant, believe they’ve been bestowed with superior intelligence, and are thus convinced they have been naturally selected to boss the rest of the world around.

Well, these really aren’t attributes of greenies, but of other colored people who have discovered the effectiveness of putting on a green act. 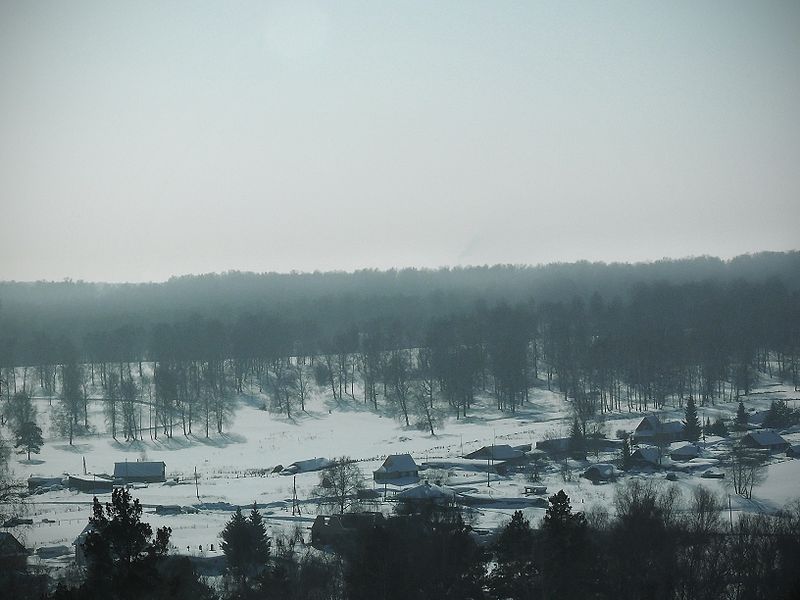 After the Soviet Union imploded along with its Communist mismanaged, dilapidated industry in 1990, Russia’s CO2 emissions plummeted 29%. Throughout the nineties Russia suffered from economic malaise. Finally, during the 2000s, things began to turn around and today more and more Russians are getting to know for the first what prosperity is.

Davydova writes, citing a recent study released by the Russian Industry and Commerce Associations and the Brussels-based Climate Change Global Services (CCGS), that Russians are driving more automobiles than ever before, and that CO2 emissions have increased 4.5% in both 2010 and 2011. More and more Russians are buying their own car. In the last ten years the number of cars has risen 83 percent.

These statistics cannot be interpreted as anything else but as signs of real progress in prosperity and improving life for Russians. Although there is still a ways to go, most people view this as welcome news. Yet, for those who hate prosperity, it’s abhorring news. So it is for the granola eaters at Klimaretter.

Klimaretter frets that too many Russians are driving cars nowadays. Davydova writes:

Greenhouse gas emissions from the Russian transportation sector increased 150% from 2001 to 2011. There’s no end in sight for this trend. Just last year alone from 2010 to 2011 CO2 emissions in this sector increased by more than a third. In 2011 there were 36.5 million private automobiles registered in Russia. Therefore, however, automobile ownership is still below that of Germany where approx. 43 million cars are on the road. Statistically, while in Germany every second person has a car, in Russia every fourth person has one.”

Imagine that. Per capita Russians have the gall of driving half the number of cars that Germans do: Thirty six million cars in a country that is almost 50 times the size of Germany! And what’s worse and even more disturbing? Klimaretter writes:

Also the average CO2 emissions per vehicle is higher than in the previous years.”

Mend your ways or “feel the consequences of climate change”

The folks at the alarmist blogsite aren’t happy about the development taking place in Russia. At the end of her article Davydova warns of serious climatic consequences should Russians fail to mend their evil ways:

Russia would be wise to be more active in climate protection efforts. The country is going to seriously feel the consequences of climate change: According to a study by the Moscow University for Economics, the climate-related damages could be 150 – 500 million euros annually in just a few years.”

How these people can be taken seriously truly boggles even a half-witted mind. Climate kooks believe every climate catastrophe scenario that gets released, no matter how absurd it may be. Klimaretter continues:

Also in agriculture the consequences are clearly visible: Between 2010 and 2012 harvests in Russia have dropped by one quarter to one third due to droughts.”

And all because Russians are now driving half as many cars Germans in a country that is almost 50 times the size?

I bet Russian car drivers really get scared when someone tells them about all the serious climate “consequences” that supposedly result from sparse car-driving in a vast country. I’m sure they’re going to ditch their cars and all run back to the horse-and-buggy days – a time when Russian climate was balmy and fruitful.

PS: Car density in Germany is about 120 vehicles per sq km while in Russia it’s barely over 2.

8 responses to “German Alarmist Blog Frets Russians Driving Half As Many Cars As Germans – In Country That’s 48 Times Bigger!”