Share this… Facebook TwitterAlarmists would like to have everyone think that “white Christmases” were normal back in the days before global warming and that human behavior has ruined it all. But Spiegel science journalist Axel Bojanowski looks back at the statistics of snow on Christmas Day and finds that a white Christmas in Germany happened with […]

Queen (Finally!) Grants Posthumous Pardon To Alan Turing…Treatment Was Once The Consensus Of The Science!

Share this… Facebook TwitterThe Telegraph here has the story about what was in my eyes one of the most abhorrent crimes ever committed by science…in this case the chemical castration of a brilliant mathematician and war hero only because his sexual preference went against what was considered the moral, psychiatric, medical and scientific consensus of […]

Share this… Facebook TwitterA Christmas message for alarmists By Ed Caryl I am constantly struck by the extremes that the alarmists will reach attempting to convince the rest of us that we should abandon our comfortable life-styles and live in fuel poverty, burning our corn in our cars, eschewing all use of fuels that have […] 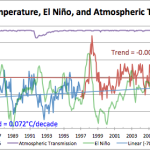 Share this… Facebook TwitterWhy The Hiatus? By Ed Caryl One of the climatologist’s explanations for the 17-year hiatus in global warming is the effect of aerosols. This explanation seems weak for the simple reason that we don’t see aerosols in this time period. We do see the impact of aerosols from volcanic activity in previous […]

Share this… Facebook TwitterJoe Bastardi at his Saturday Summary here tells us what’s already known: The claim that November 2013 was the hottest month ever is fraudulent. He slams NASA and NOAA for picking data that solely suits an agenda. At the 6-minute mark Bastardi shows the GISS temperature trend from 1999. A clear cooling […]

Share this… Facebook TwitterAnother nail in the coffin of man-made extreme weather nonsense: ——————————— New study from the Geosciences Center Potsdam: There have been 18 flooding phases in upper Austria over the last 7000 years By Dr. Sebastian Lüning and Prof. Fritz Vahrenholt (Tanslated, edited by P. Gosselin) The pattern in society today is clear […]

Share this… Facebook TwitterScientist turned film-maker Randy Olson is interviewed here by Spiegel Online’s science journalist Axel Bojanowski. From the interview it becomes glaringly clear that the AGW movement has failed to communicate its message of climate catastrophe and the need to profoundly re-order society. It’s over. Spiegel Science journalist. Source: Twitter. Olson starts by […]

Share this… Facebook TwitterThe green movement has a new ally. What follows is a video of North Korea’s military going green, installing a wind turbine that will produce climate-friendly energy, and so protect the planet for future generations of brainwashed North Korean robot slaves. Wonderful world without dissent. Let’s be honest. Isn’t this exactly the kind […] 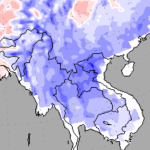 Share this… Facebook TwitterA flurry of Middle Eastern and Asian news websites are reporting on “unusual” cold sweeping across vast areas of Asia and the Middle East. The online Thailand pattayamail.com reports “Hundreds of thousands of residents of northern and northeastern Thailand are suffering from the current cold snap, with many areas having been declared disaster […]

Share this… Facebook TwitterOn Consensus By Ed Caryl This is in response to comments made by reader G Mitchell. We are constantly told that there is a consensus in climate science that CO2 is warming the planet, or the deep ocean, (or something) and that if we do not limit CO2 something bad will happen. […]