Share this…FacebookTwitterThe air may be getting thin for Michael Mann and his what some consider “dubious” lawsuit against journalist Mark Steyn. Steve McIntyre here looks at the so-called Oxburgh Panel’s “exoneration”. In his conclusion McIntyre writes (my emphasis): However, it is evident that the Oxburgh panel did not interview Mann or carry out any of […] 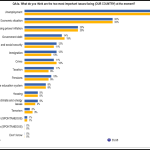 Share this…FacebookTwitterWhat would be the appropriate thing to say about a government that pours a monstrously disproportionate amount of money into an issue no one really cares about, and does so at the huge expense of the very issues that people really do care about? Hat-tip: Die kalte Sonne and newnostradamusofthenorth.blogspot. I’d say it’s just […]

Share this…FacebookTwitterAfter a record five consecutive colder-than-normal winters, this year’s 2013/14 German meteorological winter (DJF) is coming in as a mild one, reports Germany’s DWD Deutsche Wetterdienst (German Weather Service) here. This will be the first winter in 6 years that has been above the long-term mean, calculated for the reference period 1981-2010. According to […]

Share this…FacebookTwitterBill Nye once again makes a fool of himself, this time on NBC’s Meet The Press before a national audience. At the 8:26 mark: “Would you say the Antarctic has less ice than it used to?” From NBC’s Meet The Press. Er, Bill, that graphic you’re holding up is one of the Arctic, and […]

Share this…FacebookTwitterFire in the sky, torrential rains, droughts and Biblical floods – all supposedly brought on by the sins and wickedness of man. Is it really a surprise we are hearing it all once again today? Hail storm in Dordrecht, Holland, May 17, 1552. Image: Taschen Verlag, amazon.de. The online Spiegel today has a report […]

Krauthammer Blasts Climate Science Cynicism: “It’s Sort Of The Essence Of The Denial Of Scientific Rigor”

Share this…FacebookTwitterCharles Krauthammer dismantles climate science in one and half minutes. Click here to see video. Image cropped from clip. I particularly like the following he said: To me it’s just plain cynicism to seize upon any event and then to use it as an example of a theory, which is not a way to […] 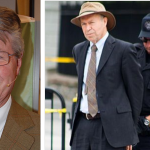 Share this…FacebookTwitterPredictions of the climate’s development in response to elevated atmospheric CO2 levels started in earnest over 25 years ago. James Hansen led the way beginning in 1988. In Germany the director of the prestigious Max-Planck-Institute for Meteorology Hartmut Grassl was vocal. Around 1990 former Max Planck Institute of Meteorology director Hartmut Grassl (left) and former […]

Share this…FacebookTwitterThe original motivation behind Copernicus Publishing director Martin Rasmussen’s decision to shut down the new journal Pattern Recognition Physics (see here, here and here) had nothing to do with the alleged “nepotistic” behavior among editors and peer-reviewers, but appears to have had everything to do with politically incorrect questioning of IPCC orthodoxy. You can see […]

Share this…FacebookTwitterI don’t have any solid information on the Kelud volcano’s explosivity index, but preliminary indications show it may have a VEI of 3, possibly 4. The plume has reached 17 km. This would have very little impact on climate. But still, look for desperate warmists to seize upon it and to blame it for cooling […]

Environmental Activism Turns Into An Angry, Threatening Mob That Resorts To Terrifying Intimidation!

Share this…FacebookTwitterI got a news e-mail from Craig Rucker of CFACT. It turns out that the environmental movement is turning into a mob of angry, frustrated white males who go around terrifying people. Look familiar? Scary, angry mob bearing torches threatens to shut you down. Image source: CFACT. If that isn’t spreading a message of terror. […]

Share this…FacebookTwitterFiery hell and Biblical floods: This is what’s in store for mankind in the future, so suggests chief climate modeler Stefan Rahmstorf of the ultra-alarmist and catastrophe-obsessed Potsdam Institute for Climate Impact Research in an interview with the German Press Agency (DPA) here. As sure signs of the approaching climate catastrophe, the DPA cites “floods in […]