Browse: Home / 2014 / April / 26 / Bavarian Alps Permafrost Shows No Signs Of Warming. “Indeed There Has Been No Change”

Bavarian Alps Permafrost Shows No Signs Of Warming. “Indeed There Has Been No Change”

South Germany’s Bavarian Public television has a clip that looks at the permafrost conditions on Germany’s tallest mountain: the Zugspitze in the Alps. 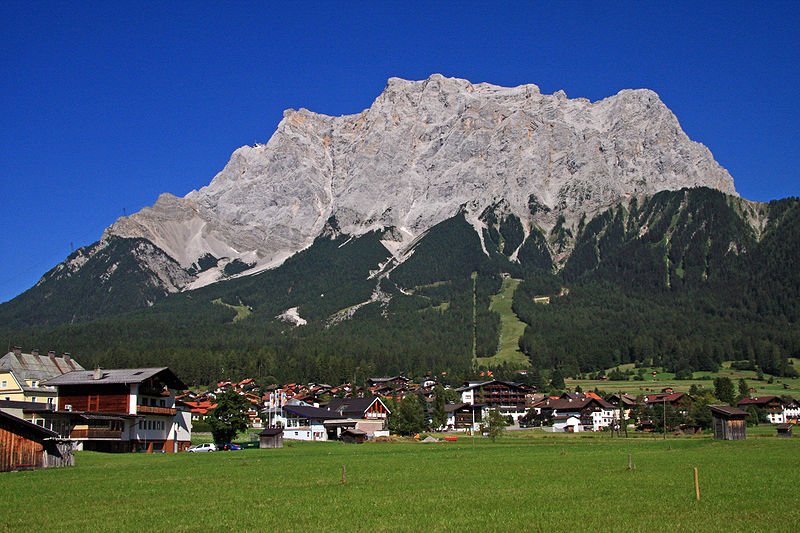 Roland Eichhorn of the Bavarian Office of Environment explains how the temperature of the mountain is being monitored. The fear is that global warming will lead to a thawing of the permafrost and lead to dire consequences in the form of crumbling rock and ground instability.

Eight years ago a small diameter, 45-meter long hole was bored through the rock summit to allow precise temperature measurement and future assessment The film reports that permafrost measurements are also being taken at other places, such as inside a tunnel – as shown in the clip. The Environment Office hopes that the recent warming has had little impact on the permafrost. The film tells us the result:

Indeed, there has been no change. “

Eichhorn says that the temperature at the measurement location has remained constant between -1.3°C and -1.9°C. Bavarian public television says:

With current, the TU Munich is measuring the extent of the permafrost here. The results are reassuring. The warmth from outside has not had an impact, at least that of last summer’s.”

Warming is taking place much faster in the Alps than it is in the lowlands. We have here almost double the warming over the last decade. That means that the eternal ice could begin to melt.”

Eichhorn and the Environment Office should not be surprised that the permafrost refuses to warm up, let alone melt. Perhaps they are not looking at the available data properly, or are ignoring it and spreading falsehoods.

Indeed other data show that the Alps over the past 2 decades in general have been COOLING. Recall how German meteorologist Dominik Jung wrote last year that also four other high elevation stations in the Alps had been assessed: Zugspitze in Germany, Schmittenhöhe in Austria, Sonnblick in Austria and Säntis in Switzerland. Result:

They all yielded the same amazing result: Winters in the Alps over the last decades have become significantly colder, the data show.”

No wonder the permafrost in the Alps isn’t melting or even warming.

5 responses to “Bavarian Alps Permafrost Shows No Signs Of Warming. “Indeed There Has Been No Change””