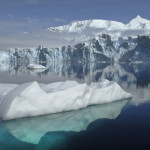 Spiegel On Antaractic Sea Ice: “Never Before Has There Been So Much Ice At This Time Of Year Since Measurements Began”!

Share this…FacebookTwitterScience journalist Axel Bojanowski, a trained geologist, at Spiegel writes how scientists think they may have solved the riddle of growing Antarctic sea ice in a warming world. Mysteries surround Antarctica…scientists realizing oceans play huge role on climate. Photo: NASA-JPL. No question the planet has warmed some since 1900 as it crawls out of a little […]