The online Swiss Berner Zeitung here has an article reporting on how scientists have underestimated the role on climate that the globe’s semi-arid regions are playing. According to the report, climate change has lead to the Nullarbor Plain of southern Australia to be the greenest it has ever been in 30 years. 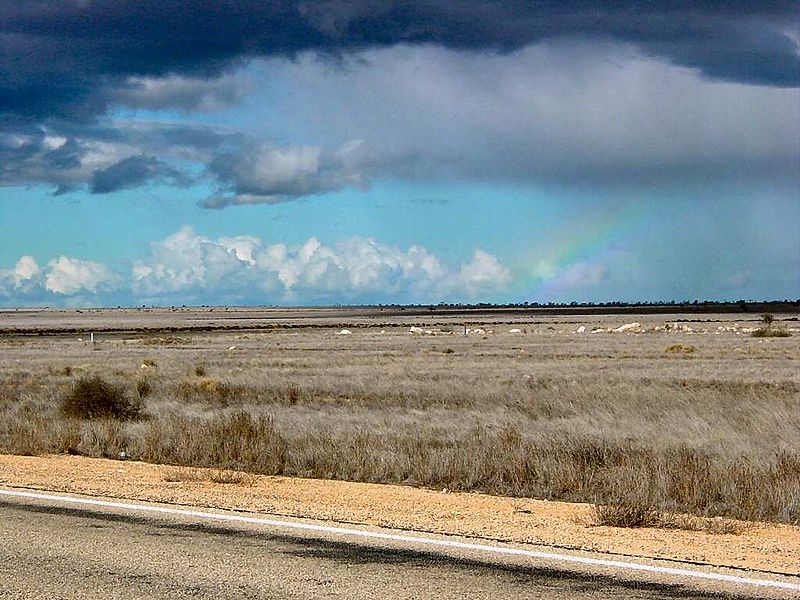 Not only is the greening up surprising the scientists, all the new vegetation is also absorbing huge quantities of CO2 from the air…something the models forgot to account for. The article in the Berner Zeitung cites a study recently appearing in journal Nature.

Scientists have noticed that the man-made share of atmospheric CO2 has remained constant recently despite increasing emissions. As a reaction to man-made CO2, the planet has been greening up. The Berner Zeitung writes: “Possible reason: The higher CO2 concentration in the atmosphere and an additional take-up in atmospheric nitrogen have boosted plant growth.”

The Berner Zeitung describes how scientists once initially believed tropical rainforests would do most of the CO2 absorption, and are now surprised to see that semi-arid lands are are “playing a more important role”, one the never anticipated.

Time to go back and fix the models again.

2011 was extreme: 51 percent of the global CO2 intake on land was by vegetation on semi-arid deserts in three regions in the southern hemisphere. […]

…Since 1981 vegetation coverage in Australia has grown by 6%.”

Other recent studies based on satellite imagery and on-site observations show that the same is true in the African Sahara, which is adding thousands of square kilometers of vegetation every year.

At the end of the report the Berner Zeitung frets that the greening of semi-arid regions may in the end just be harboring a danger because such semi-arid areas are highly prone to bush fires and so the CO2 will wind up back in the air. The Berner Zeitung concludes:

The scientists believe that this hazard will probably increase in the future.”

Just goes to show: No matter what the planets does, pessimism and gloom always win in climate science and media!