Share this…FacebookTwitterAt the online Baseler Zeitung Swiss geologist Markus Häring writes that the claim “a drastic reduction in CO2 can prevent a warming of the climate has no scientific basis.” Hat-tip DkS Häring writes that he has a background in natural sciences and took it upon himself to examine the science that allegedly underpins the […]

40 Years Ago There Was An “Overwhelming Consensus”…Now We’re Finding Out It Was Completely Wrong!

Share this…FacebookTwitterShort on time today…so just a short, somewhat off-topic story. High-carb, low fat diet puts the pounds on and makes you sick. This “registered dietician” claims carbohydrates are the way to go! Unfortunately she has been woefully misinformed and the high-carb diet she is peddling isn’t even working for her. Photo cropped from FOX 32. […]

Is Caleb Rossiter’s Wall Street Journal Op-Ed A Signal He Is Re-Entering The Climate Debate?

Share this…FacebookTwitterUPDATE: As reader Harry points out, Rossiter’s last entry was made in May 2013, and not 2014, as I mistakenly believed. Therefore Rossiter’s Wall Street Journal op-ed is a actually a (welcome) breach of his promise of never to discuss climate. The good side of this is that hopefully he will speak out more […]

Share this…FacebookTwitterLooks like the anti-capitalist, tree-hugging Greenpeace organization doesn’t practice what it preaches when it comes to the evils of capitalism. A number of newspapers in the German speaking part of Europe are reporting how the environmental activist organization took millions of the money received as private donations and has blown it in high-risk casino-grade […]

Share this…FacebookTwitterThere’s plenty of controversy swirling around the fellowship termination of Caleb S. Rossiter, adjunct professor, Department of Mathematics and Statistics and School of International Service, American University. Read the background here at Climate Depot. The stated mission of the Institute for Policy Studies (IPS) is to put “ideas into action for peace, justice, and the […]

Share this…FacebookTwitterA Short History of the Human Race Part 4/4. The Iron Age to the Present Research by Ed Caryl Climate historians usually recognize one Holocene Climate Optimum, from the end of the last ice age to about 4000 years ago. But as we have seen in this series of articles, there were three major […]

Share this…FacebookTwitterThe intense but short heat wave that struck parts of Central Europe earlier this month created quite a bit of hysteria among some German activist climatologists and most of the media. For example IPCC climatologist Mojib Latif attributed the heat and severe thunderstorms to global warming. Stefan Rahmstorf tried to hint this may be […]

Share this…FacebookTwitterYesterday I wrote a post about the Rheinstetten weather station here. At first I thought it was the one located at the local gliding airfield, but found it peculiar that siting was pretty bad – as Anthony Watts commented. This is not something that’s typical of Germans, who like to be precise with everything. […] 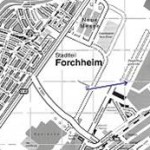 Share this…FacebookTwitterEarly this week a German meteorologist tweeted that Germany had set a new record high for the date in the southern state of Baden Wurttemberg at a station called Rheinstetten. I was even told that the station was fairly new (and thus reliable?). I’ve noticed that on hot days the Rheinstetten station always appeared to […] 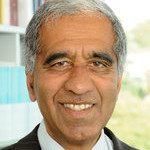 Share this…FacebookTwitterOver the last weekend and early this week Germany saw some 4 days of record-breaking hot weather, which also brought on severe thunderstorms that caused property damage, local flooding, traffic disruptions and killed a half dozen people. Photo Mojib Latif (Source: GEOMAR) The media went crazy, and so did some “experts”. Immediately the high […]