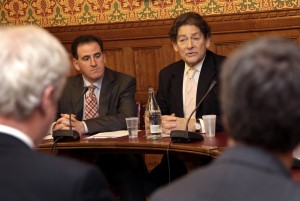 Scientific scepticism within the policy-driving field of climate science has taken another significant step in growth and reach in Europe and internationally.

The new organisation will be able to conduct campaigns and activities which do not fall squarely within the Foundation’s remit as an educational charity. This arrangement reflects those used by other organisations with dual structures, such as Amnesty International UK and Greenpeace UK.

Trust and credibility in the eyes of the public

The Global Warming Policy Foundation calls itself an all-party and non-party think tank which is open-minded on the contested science of global warming and says it is deeply concerned about the costs and other implications of many of the policies currently being advocated. Its key to success is the trust and credibility that we have earned in the eyes of a growing number of policy makers, journalists and the interested public.

The GWPF site states that this is of great relevance today in light of scientific scandals and the public’s loss of trust in climate activists and politicians. “For us, public trust is our most important asset. It has been accumulated as a result of the reasoned and moderate positions we have taken, the integrity of our foundation and the credibility of our actions.”

Along with the newly founded campaigning forum, the Foundation will continue to advance its charitable objects by commissioning and publishing reports and papers and by organising lectures and debates on key matters relating to climate science and policy. “While the Foundation will continue to publish our reports and videos, the Forum will campaign in a way that will make our work even more effective,” said Dr Peiser, the Director of both arms of the GWPF.

Lord Lawson, the chairman of both GWPF arms said: “This reorganisation will enable us to build on the progress of the past five years and make substantial further progress over the next five – years which may well be decisive in the evolution of climate change policy.”

The new campaigning organisation is a wholly-owned subsidiary of the Global Warming Policy Foundation. In recent years, the GWPF’s influence has grown rapidly, among both UK and international policy makers and the news media and is widely regarded as one of the world’s leading think tanks on global warming policy issues.

Independent, no funding from energy companies

The GWPF writes that it is funded overwhelmingly by voluntary donations from a number of private individuals and charitable trusts. In order to make clear its complete independence, it does not accept gifts from either energy companies or anyone with a significant interest in an energy company.