German Citizens Have Had Enough…”Conflict Over Wind Turbines Escalating” …Against “Horror Landscapes”!

Share this…FacebookTwitterIn Germany protests over a broad range of issues have been heightening. In Dresden citizens have been turning out by the thousands in “Monday demonstrations” to protest the perceived threat of the Islamification of Europe and the so-called “liar media”, which they no longer trust. Since the Paris attacks by radical Islamic terrorists, the […]

Share this…FacebookTwitterNow that a couple of surface temperature data sets are showing 2014 was a “record warm year,” people are wondering if it means the warming pause is over, and if so, how much climate sensitivity to CO2 there really is. Online Spiegel science journalist Axel Bojanowski (a geologist) has an analysis of 2014’s “record […] 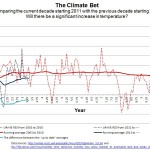 Share this…FacebookTwitterMany readers will recall the climate bet for charity this site and its readers (the coolists) entered into against the climate alarmists, principally climate loudmouth Dana Nuccitelli and Rob Honeycutt, back in January 2011. The coolists maintain that the 2011 – 2020 decade will be the same or cooler than the 2001 – 2010 […]

German Analysis: Spreading Alarmism Over Mere Hundredths Of A Degree Is “Complete Hyperbolism”

Share this…FacebookTwitterScreaming bloody murder over nothing? Keep in mind that RSS recently released the satellite measured global temperature for 2014 and found it is not even close to a new record. Three days ago one of Germany’s leading climate science sites Science Skeptical issued the following comment. ============================ Global Temperature Record 2014? By Michael Krueger (Translated, […] 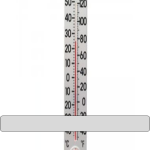 Share this…FacebookTwitterI’m Catholic and this Sunday I’m announcing that I’m disassociating myself from the Vatican and its pope. I urge other skeptic Catholics to consider doing the same. This is not a step I’ve taken lightly. I’ll be opting out of Germany’s Kirchensteuer (Church Tax) and will not attend any services in the future. With their latest […] 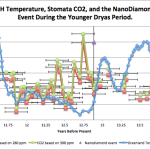 Analysis Shows Claim That “CO2 Concentration Is Highest In 600,000 Years” Is Highly Dubious At Best

Share this…FacebookTwitter “CO2 Has Never Been This High In 600,000 Years!”… FALSE! By Ed Caryl One item on the list of catastrophes that the CAGW climatists claim is that at nearly 400 ppm, the CO2 concentration has never been as high in hundreds of thousands of years. The number quoted is flexible, sometimes 600,000, sometimes […]

Posted in CO2 and GHG | 7 Responses

Why Has There Been Global Warming? Literature Unambiguously Shows: Because It’s Entirely Normal (Stupid)!”

Share this…FacebookTwitterMany of us are familiar with climate jihadist/ambassador Leonardo DiCaprio’s über-hypocritical lifestyle of cruising on billionaire mega yachts, private jets and living in huge mansions. Well, it doesn’t end there by any means. There are times when DiCaprio actually has to slum it, and put up with travel on the road, along with the rest […]

Posted in Lifestyles of the Rich and Alarmist | 9 Responses