Share this…FacebookTwitterU. of Southampton: We won’t know whether or not sea level is accelerating until 2020-2030. Mojib Latif: models must first take natural variability much more into account By Dr. Sebastian Lüning and Prof. Fritz Vahrenholt (Translated and edited by P Gosselin) Forecasts have long since fascinated man. There’s something mystical about looking into the […]

Share this…FacebookTwitterO/T I’ve been waiting patiently for the German media to react to the explosive undercover video of a Planned Parenthood (PP) director, Deborah Nucatola, rolled by the Center for Medical Progress. Warning – not easy to watch for people who even have just an inkling of compassion or any sense of humanity: Sadly all this […] 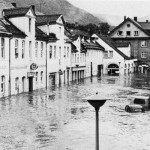 Share this…FacebookTwitterOnline weather site www.wetter24.de here today writes about the devastating Heinrichflut (Heinrich Flood) of 1965, back when CO2 was only 320 ppm, well below the often claimed “safe” level of 350 ppm that some alarmists like to have us think would bring us much less extreme weather. Worst flood in the region’s collective memory […]

Share this…FacebookTwitterAs Germany piles on more sporadic energy from wind and solar into its power grid, stability concerns are growing. Increasingly volatile energies like wind and sun are turning out to be more of an expensive nuisance rather than a benefit. Researchers at the Germany-based Fraunhofer-Instituts für Optronik, Systemtechnik und Bildauswertung, Institutsteil Angewandte Systemtechnik (IOSB-AST) […]

Share this…FacebookTwitterOver the last couple of days at their Die kalte Sonne blog Geologist Dr. Sebastian Lüning and professor of chemistry Fritz Vahrenholt have focused their attention on sea level rise. On Monday they wrote a piece titled: “Sea level rise lagging behind expectations: Now only ‘data massaging’ helps“. In their post the two authors […]

Share this…FacebookTwitterGermany’s online business news magazine WirtschaftsWoche (business week) here has an interview with Professor Gonde Dittmer (right), who claims Germany’s transition to renewable energies so far has been a grand failure. The title of the WirtschftsWoche piece: “Doubts over the government’s climate policy. The true aim of the Energiewende is not environmental protection.” An illusion…not a […]

Share this…FacebookTwitterWhat follows is something that should make anyone who makes dramatic predictions that ends up being totally wrong blush with embarrassment, and feel like a real fool. =============================== By Sebastian Lüning and Fritz Vahrenholt, Die kalte Sonne [Translated by P Gosselin] In 2008 US broadcaster ABC News had a show on the climate danger. […]

Share this…FacebookTwitterAfter the European heat wave of last week, the pendulum has swung to the other extreme. Currently the weather pattern dominating Central Europe is bringing unusually cold air over the continent, and early this morning regions in a number of countries were hit by ground surface frost. Parts of Belgium, Luxemburg, Germany, Switzerland, Austria and […]

Share this…FacebookTwitterI can hear it already. Like the climate activists who now deny there was a global cooling scare 40 years ago, in 10 years time or so we’ll be hearing the media and all the proponents of the low-fat/high carb diet claiming that this too was never a consensus. Remember how eating saturated fats was supposed […] 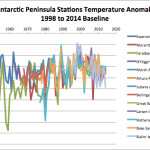 Share this…FacebookTwitter[Sticky post…new articles follow after this one.] ===================================== By Ed Caryl This is a follow-up to the article AWI’s Sloppy Antarctic Peninsula Science…Overlooked GISS Temperature Data, Snowfall Amounts. The reality is that the situation at the South Pole is worrisome. Ocean around Antarctica markedly colder since 2006… It is difficult to believe that global […] 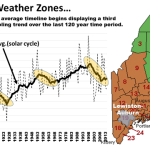