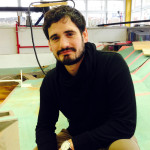 Share this…FacebookTwitterGermany’s University of Siegen issued a press release on a recent study conducted by climate scientists. It turns out that natural oceanic cycles indeed do play a far greater role on sea level fluctuations than first believed. Hat-tip: Die kalte Sonne. Therefore, because the factors were not correctly considered in the past, we can […]