What Using NONE Of The World’s Fossil Fuels Would Do To Human Society …Hundreds Of Millions Dead In Just Weeks!

Share this…FacebookTwitterThe latest dubious climate scare story just out involves a far-fetched thought-spiel that creates a scenario of what would happen if all the world’s fossil fuels were burned – that scenario all based on an inflated CO2 climate sensitivity and crystal ball quality science. The theorized result would be the possible melting of Antarctic ice and a 120+meter […]

Share this…FacebookTwitterThe Suppression of Natural Cycles Research by Universities – Is It To Protect Grant Money? By David Dilley Former NOAA meteorologist, (Now CEO of www.globalweatheroscillations.com) On August 26, 2015, NoTricksZone published the article: “Gross Suppression of Science…Former NOAA Meteorologist Says Employees Not to Talk About Natural Cycles” where in it I wrote how the […] 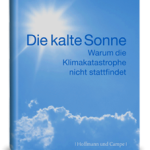 Share this…FacebookTwitterWhat’s new on solar energy? Overview of the latest papers on complex topic of sun/climate By Dr. Sebastian Lüning and Prof. Fritz Vahrenholt (Translated, edited by P Gosselin) More than three years ago (February 2012) our book Die kalte Sonne (see right) made its debut. In it we described a vast variety of scientific […]

Share this…FacebookTwitterIn South America winter is coming to an end, and in some parts with great relief because of its “unusual” harshness. The Peru Reports site here wrote that extreme cold killed 21 people, among them 15 children in Peru (emphasis added): Peru’s government is rushing to provide relief in the southern state of Puno, where […]

Share this…FacebookTwitterAs the pause extends and many regions not cooperating with the earlier forecasts on a number of measures, climate alarmists and activists media have been left with chasing isolated weather events across the globe and designating them the “ground zero” of climate. Reader Jimbo has complied a list of these so-called “climate ground zeros”, scattered […] 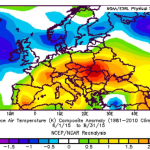 Share this…FacebookTwitterThe data on this year’s meteorological summer (June-July-August) are coming in and they tell us trouble is brewing at the high latitudes. I reported here on this earlier. The Irish warming famine First, fresh data from Ireland show that the country had one of the coldest summers in living memory, despite near average sunshine. The Irish […]

Share this…FacebookTwitterStefan Rahmstorf’s Nightmare By Dr. Sebastian Lüning and Prof. Fritz Vahrenholt When facts and arguments stop convincing, then the only thing left to do is to argue at an emotional level. Climate activists have produced a website where IPCC-cozy scientists expressed their concerns in hand-written letters. One of the writers was Stefan Rahmstorf of the Potsdam Institute […] 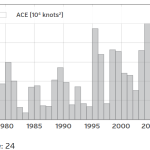 Share this…FacebookTwitterUPDATE/CORRECTION: At Twitter Dr. Ryan Maue writes that the data used at www.wunderground.com is “very wrong”. Dr. Maue even adds that ACE is in fact currently “nearing a peak b/c of El Nino  models.weatherbell.com/tropical.php“ Who’s right? Looks like Dr. Maue has the right figures and the ACE is peaking: Note: The global 4-year ACE still […] 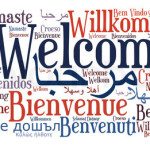 Welcome Islamic Neighbors: Europe Welcomes You With Open Arms! …Yours For The Taking!

Share this…FacebookTwitterI’m feeling cynical this evening. Off topic… How incompetent and clueless are Europe’s leaders? Well this may be the first time in human history that Europe has chosen not to defend itself against an invasion. In fact it is even surrealistically welcoming it! Dear Islamists, you have been dreaming a long time of overrunning Europe, […]

Share this…FacebookTwitterSpiegel science journalist Axel Bojanowski here writes a harsh but well-deserved analysis of the heated debate now raging in climate science. One thing that we can gather from his analysis is that consensus is totally absent, and that it is very difficult to trust any report on climate science nowadays. He writes in the sub-headline: […]