2015: The Year Europe’s Winter That Never Left …Snow And Frost Grip Continent Yet Again This Summer!

Share this… Facebook TwitterEuropean cold update… German weather site wetter24.de writes that parts of Germany, Switzerland and Austria will see frosty nights in the days ahead, heralding an early start to autumn. Temperatures in southern Germany dipped to -5°C early this morning, with frost gripping also parts of eastern Germany and the Black Forest region, […]

Share this… Facebook TwitterA new video (below) has been produced by wind-energy protest group www.rtf-radmarathon.de presenting a series of before-and-after photos that drive home the profound negative impacts wind parks are having on Germany’s idyllic landscapes and natural scenery. Non-German speakers can skip the first 15 seconds introduction. The site is actually an environmental protection site […]

Share this… Facebook TwitterLittle surprise here: A new paper published by Climate of the Past journal shows that solar cycles indeed play a dominant role on climate change. I touched on this already once before, here. Here’s the front page of the study: Contrary to what popular science is telling us today, this paper tells […]

Share this… Facebook TwitterThe website of flagship ZDF German public television here writes a very short, well-buried report on a recent fast-track ruling by a German court in Arnsberg concerning the approval of a wind park project in Central Germany. The court found that wind turbines do in fact severely blight the natural landscape and therefore may […]

Share this… Facebook TwitterGlobal Energy Emissions (during the climate bet) By Robin Pittwood of the Kiwi Thinker Having just updated the climate bet, which confirms the lack of recent warming (ie: the ‘pause’ or ‘hiatus’ as some call it), I thought next we should take a look at global energy emissions on the same time […] 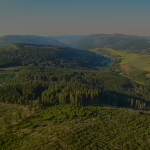 Share this… Facebook TwitterEarly last June I presented here a series of before-and-after photos showing the devastation by wind parkson the beautiful German countryside. The photos were presented by windflut-elpe.de, a site protesting wind parks in forests and natural heritage locations. That post generated a tremendous reaction, and was shared more than 4000 times in […]