50 Years Of “Consensus Science” Gets Scrambled, Battered And Fried!

Share this…FacebookTwitterGlobal warming alarmists like to tell us that we can all trust the global warming science – because “97% of all scientists – an overwhelming consensus -” agree with the science. They just couldn’t possibly be wrong, could they? Unfortunately history shows us that whenever such claims of consensus are used as the main argument […]

Share this…FacebookTwitterRecords in the Northeast: Not only is record-cold weather gripping the Northeast USA, with wind chills as low as 50°F below zero and New York City hitting a new low, but also cold is spreading across Great Britain. The cold is also expected to sweep across Europe by early this week. Spring is nowhere in […]

Share this…FacebookTwitterWinter carnivals are popular, and naturally organizers hope to get cold and snow to make sure they go well. Years ago global warming activists were warning that the days of winter carnivals were numbered, and that snow would be soon a thing of the past. Winter carnivals faced cancellations due to missing snow and […]

Share this…FacebookTwitterAs Arctic sea ice approaches its annual maximum level for the year, now is a good time to look at how it stands – especially in what some are claiming to be the hottest year on record. The Danish Meteorological Institute (DMI) here shows currently Arctic sea ice is at its highest level in years […]

Share this…FacebookTwitterOnce dismissed as something merely imagined by people close to industrial wind turbines, health disorders caused by infrasound are emerging as being very real. Austrian site www.ots.at here has a press release by the Vienna Chamber of Physicians warning of health hazards from large-scale wind turbines, citing “comprehensive studies”. It calls for a minimum […]

Share this…FacebookTwitterThe Sun in January 2016! By Frank Bosse and Prof. Fritz Vahrenholt (Translated/edited by P Gosselin) The largest mass of our solar system (99.8% of the total mass) was also rather quiet in January. The determined solar sunspot number (SSN) was 56.6, which is 71% of the mean this far into the period, calculated […]

Share this…FacebookTwitterYesterday I wrote about how wind park planners and the city councilmen who recklessly approve them may be held personally liable for damage to health that they cause, primarily through infrasound.  With locals wind parks, too often crony deals are involved and legitimate opposition gets brushed aside or squashed. The result is often a […]

Share this…FacebookTwitterThe legal winds are shifting! Many city councils and wind park planners are going to have to clean up their acts when pushing through their pet wind park projects. Germany’s Fundamental Law specifically expresses that the State is obligated to protect the life and physical body of the individual, foremost from illegal attacks by others. […]

Sudden Arctic Stratospheric Warming Event Could Mean The Worst Of Europe’s Winter May Still Be Ahead!

Share this…FacebookTwitterAt German climate and weather site wobleibtdieerderwaerumund.de here, author “Schneefan” writes about the Arctic stratosphere and potential polar vortices blasting into Europe before winter makes an exit. He writes that models had calculated a warming of the stratosphere over parts of the Arctic, and this is now indeed taking place. And that warming has […]

Share this…FacebookTwitterAlmost 2 years ago I reported here on a comprehensive study conducted by the Austrian University of Graz showing vegans and vegetarians tend to have significantly more mental disorders and health issues than meat-loving people. Photo credit: Alpha, Creative Commons Attribution-Share Alike 2.0 Generic license. Well, that post has been brought back the public’s […] 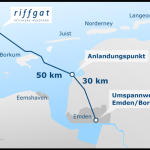 Share this…FacebookTwitterI’ve reported earlier on Germany’s BARD 1 offshore engineering fiasco, where technical problems continue plaguing the wind park and has yet to deliver power on shore to reach markets. Even today the situation there remains unclear. Moreover, just days I ago I reported how an expert institute confirmed that offshore wind park installations are […] 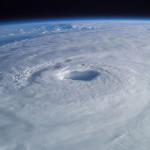 Share this…FacebookTwitterThe first 2016 hurricane season predictions are starting to come out. And if the one by Global Weather Oscillations is on the right track, then US coastal areas may want to already start bracing for greater hurricane activity. Hurricane Isabel. Photo by Mike Trenchard, Earth Sciences & Image Analysis Laboratory , Johnson Space Center. Public […]