Analysis Finds No Correlation Between Glacier Melt And CO2, Melting Much Slower Today Than 1930s!

According to the below graph (Fig. 2 a) found in Gregory et al., 2013 in Journal of Climate (“Twentieth-Century Global-Mean Sea Level Rise: Is the Whole Greater than the Sum of the Parts?”), there was a very substantial increase in the glacier and ice sheet melt contribution to sea level rise in the early 20th century, reaching up to 2 mm/year sea level rise equivalent. 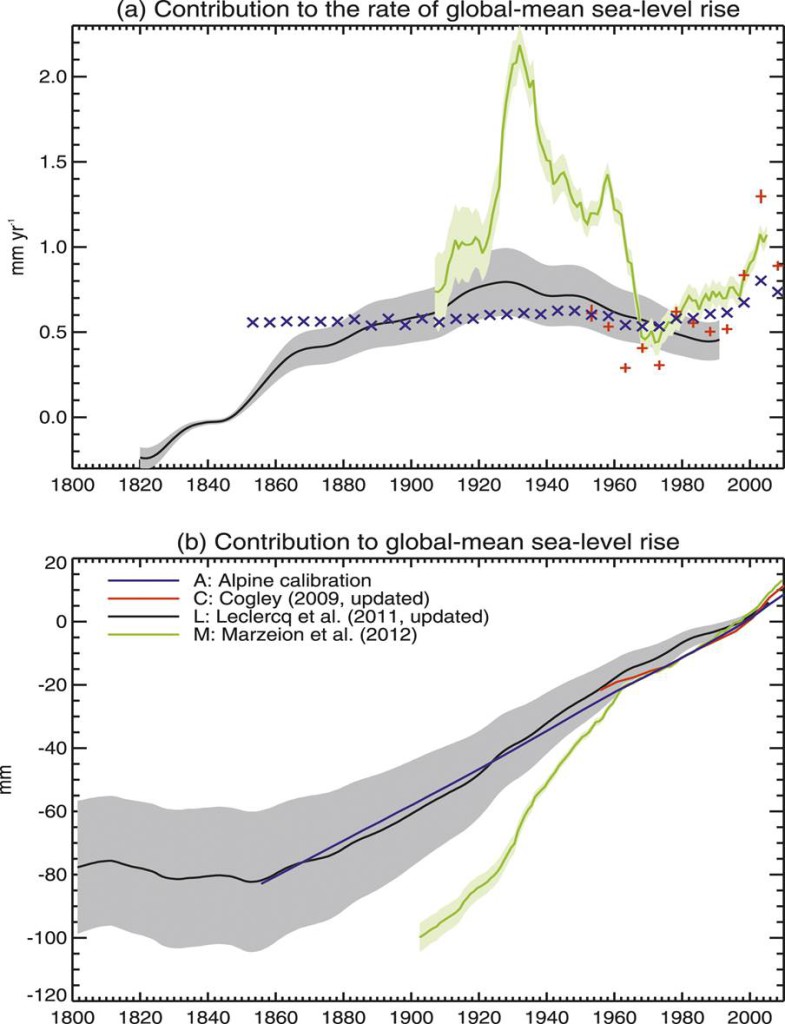 In recent years, the documented rise in sea levels contributed from glacier and ice sheet melt has not come close to reaching the high levels attained during the 1920s and 1930s period as documented by Gregory et al., 2013.

Together, the total melt contribution from global land ice was about 1 mm/year (~4 inches per century) through the first decade of the 21st century, which is still well below the melt rates achieved during the 1920s and 1930s.

Interestingly, during the 1920s to 1930s period of very high glacier melt rate contributions to sea level rise, human CO2 emissions were flat and only averaged about 1 GtC/year (see graph below).

9 responses to “Analysis Finds No Correlation Between Glacier Melt And CO2, Melting Much Slower Today Than 1930s!”