In Germany we keep hearing from some that spring in Central Europe is arriving earlier and earlier – due to climate warming.

Unfortunately the data do not support the claim at all, it turns out. Data over the past 25 years in fact show that spring has been arriving later, and not earlier. 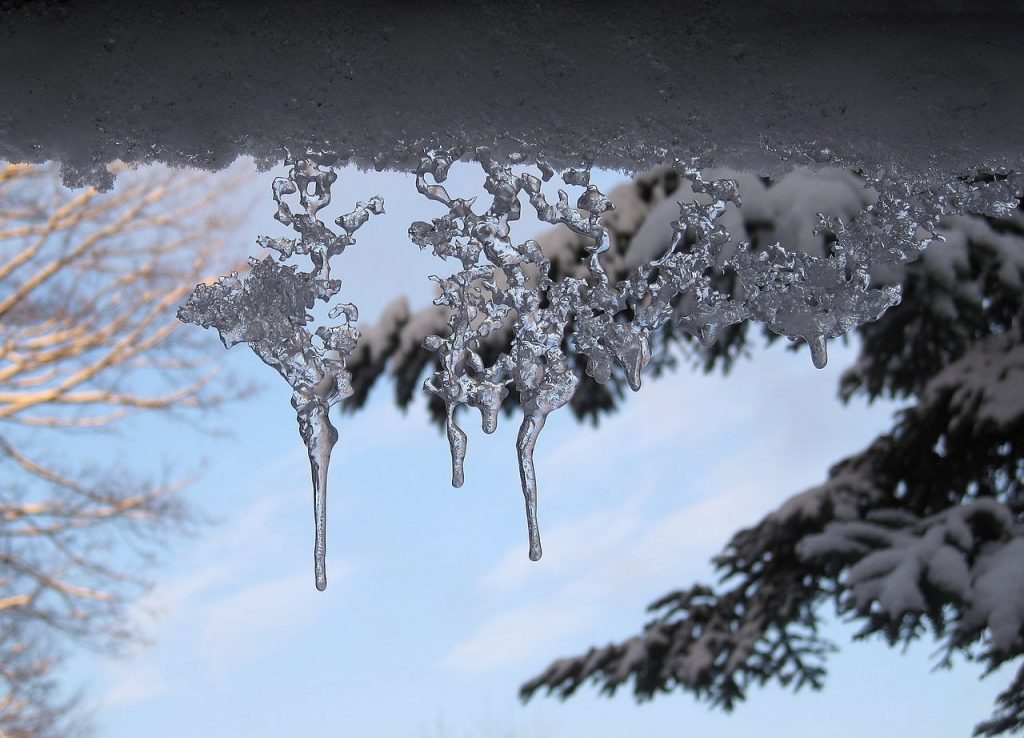 One anecdotal example showing that spring warming is not what it is often claimed to be is the trend regarding the Central European phenomenon called Eisheiligen – “Ice Saints“, a frosty period often occurring in mid May – typically around May 11 – 15. And this year is no different: this morning snow and frost are reported in many of Germany’s hilly and mountainous regions as a blast of cold air grips Central Europe.

Recently an official from Germany’s DWD National Weather Service told the press that the Ice Saints have been getting warmer over the last years, and immediately without question the German mainstream Truth Press ran the story.

But skeptics Josef Kowatsch and Dr. Sebastian Lüning weren’t sure about the DWD claim, and so decided to look into it. It turns out that quite the contrary is true: over the past years the Ice Saints have gotten colder!

Why is honesty so rare nowadays? And they wonder why some call them the Lügenpresse (lying press).

The May Ice Saints are getting colder

By Josef Kowatsch and Sebastian Lüning
(Edited, translated and condensed by P Gosselin)

The Ice Saints are the days occurring from May 11 – 15. According to old farmers a cold period occurs at this time and is colder than early May. So we ask: are these 5 days now warmer or colder? The reason for posing the question is a claim by the director of the DWD German Weather Service, Andreas Friedrich appearing in the der Neuen Osnabrücker Zeitung on 21 April 2016:

‘In the past years the Ice Saints have been rarer’. Meteorologist Andreas Friedrich of the German Weather Service has determined: ‘In the last years these cold snaps in May have been fewer…“

Last year Friedrich claimed the same at Focus. where he said the Ice Saints had become the Hot Saints. So we decided to take a closer look.

Ice Saints of the last 50 years

The following diagram shows the temperature mean for May 11-15 at the Potsdam station from 1966 to 2015.

When we plot the average Ice Saints temperature beginning in 1966, we see a significant drop of -2°K. Two degrees of cooling is the opposite of warming and this contradicts the claim the Ice Saints are disappearing (Figure 1).

Figure 1: Over the past 50 years the Ice Saints May 11-15 period in Potsdam has shown a strong negative trend.

The Ice Saints of the last 30 years

Figure 2. Temperature trend of the Ice Saints in Potsdam since 1985.

Ice Saints over the past 18 years

Especially over the recent years, according to DWD board member Friedrich, have the Ice Saints warmed up. True result: The reality is that for the past 18 years the Ice Saints have become much cooler in Potsdam (Figure 3). Figure 3. Temperature trend for the Ice Saints over the past 18 years in Potsdam.

Even going back 50 years is the may 11 – 15 Ice Saints period colder in Potsdam. That is a long-term downward trend. As one comes closer to the present, the downward trend increases, which is the exact opposite of the claimed “Hot Saints”. The scary reports coming from the German press on the supposedly warming Ice Saints simply do not hold any water when we examine the Potsdam data.