Share this… Facebook TwitterCiting the London-based consulting company Bloomberg New Energy Finance the German Business News here reports that “investments in renewable energies collapsed worldwide in the third quarter” of this year, led by Europe, China and Japan. Compared to the 3rd quarter of 2015, investment, mainly in solar and wind power, fell a whopping 43 […]

Share this… Facebook TwitterThe Sun in September 2016 By Frank Bosse and Prof. Fritz Vahrenholt (Translated and edited by P Gosselin) Also last month the sun was relatively inactive. The observed sunspot number (SSN) was 44.7, which was just 64% of what is the average for the previously observed 23 cycles. The average cycle has a […] 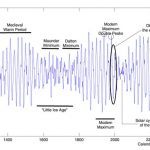 Share this… Facebook TwitterMichael Krueger at German skeptic site Science Skeptical here writes that in 2015 global CO2 emissions reached another new all-time record high, despite all the elaborate climate conferences and hundreds of billions of dollars invested in curbing global “greenhouse gases”. Krueger asks: What have all the climate conferences brought us since the first UN conference […]

Share this… Facebook TwitterChief Editor of ‘Science’ criticizes activism by climate scientists: PIK needs to define red line for employees By Prof. Fritz Vahrenholt and Dr. Sebastian Luning (Translated/edited by P Gosselin) The well-known journal ‘Science’ has a new chief editor. Jeremy Berg is a biochemist was among the leadership of the University of Pittsburgh (Pitt) […] 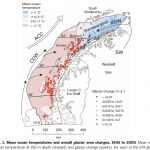 Scientists: ‘Climate Model Simulations That Include Anthropogenic Forcing Are Not Compatible With Observed Trends’

Share this… Facebook TwitterThere have been a number of reports that Germany will ban the internal combustion engine (ICE) by the year 2030, i.e. in just 14 years. This has been already voted on by Germany’s Federal Council (Bundesrat). Although 14 years can be plenty of time to usher in a technical revolution (e.g. think of […] 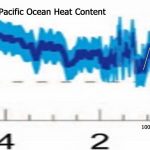 Share this… Facebook TwitterA few days ago, “Hurricane” Matthew weakened into a Category 1 storm by the time it made landfall in the U.S., which means its official title has been changed to “post-tropical storm Matthew“.  Because it lost so much intensity and could no longer be considered a real hurricane as it made landfall, […]

Share this… Facebook TwitterAtmosfear: Media Are Playing A Dangerous Game With Extreme Weather Fear By Dr. Sebastian Lüning and Prof. Fritz Vahrenholt (German text translated/edited by P Gosselin) The history of science is rich in discoveries, progress, falsehoods and confusion. How will future generations see the history of climate science? Where are they going to […]