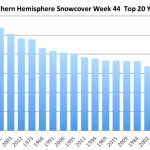 Warnings Of A “December To Remember” As No. Hemisphere Snow Cover Reaches 2nd Highest Level!

Share this…FacebookTwitterWhat follows is an interesting chart presented by Joe Bastardi’s Daily Update at Weatherbell Analytics. There’s been a lot of talk about the current warm weather conditions up in the high Arctic, but little talk about the impressive snow cover over the northern hemisphere and the extreme and vast cold over Russia and Siberia. What […] 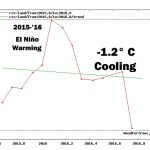 Share this…FacebookTwitterThe most recent Super El Niño natural warming event exerted its maximum effect on surface temperature anomalies during the last few months of 2015 and the first few months of 2016.  Since then, surface temperatures over land have dramatically declined by about 1.2° C according to the RSS satellite dataset. WoodForTrees graph: Since September, […] 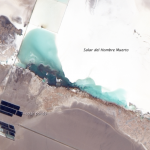 Share this…FacebookTwitterFrank at his German-language blog here makes a good point on the potential and feasibility of renewable electricity storage using lithium batteries, which is supposed to be key to successfully using wind and solar energy. Satellite images of the Salar del Hombre Muerto, Argentina (left), and Uyuni, Bolivia (right), salt flats that are rich […]

Share this…FacebookTwitterMore fresh climate science just out showing that the sun is the main driver of our climate. The Dutch-British publishing company Elsevier B.V. has put online a paper entitled “Earth Climate Identification vs. Detection and Attribution”. This publication, referenced on the ScienceDirect website, was revised in the due rules by a peer committee in […]

Share this…FacebookTwitterStraying off topic today and into the world of nutition, which is also fraught with junk science, tragedy and greed. Pepsico and a “lethal force in society” Forbes reports Pepsico CEO Indra Nooyi is not amused over Trump’s election, warning of a potential “lethal force in society“. As a result some people have reacted […] 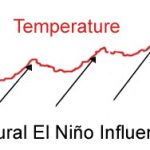 Since 1982, Temperature Records Show No Warming Other Than That Due To Natural El Niño Warmth-Inducing Events

Share this…FacebookTwitterOver the course of years to decades, the heat contained in the ocean naturally undulates, with more or less upwelling cooler waters rising to the surface.  Naturally-occuring El Niño (wind current) events greatly influence the prevention of cooler waters from upwelling to the surface; this phenomenon, in turn, ultimately elicits an overall surface warming […]

Share this…FacebookTwitterSome days ago we wrote about how Germany was headed to Marrakesh without any plan on how it would meet its “climate targets”. This of course promised to be a huge embarassment for a country that liked to massively boast about being a leader in fighting climate change. Merkel’s government and leading ministers had […]

Share this…FacebookTwitterToday just a few comments on Trump’s spectacular victory. Don’t let the title above mislead you. The overwhelming majority of the German media were shocked and infuriated by Trump’s against-all-odds victory. Indeed if Germans had cast their votes in the US election, Hillary would have won by a margin of something like 94 – […] 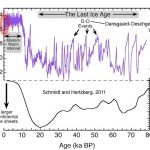 Share this…FacebookTwitterClimate records from ice cores indicate that abrupt, global-scale warming events with amplitudes of up to 10°C (in the Greenland region) were reached within as little as 50 years dozens of times during the roughly 100,000 years between the last interglacial (~120,000 years ago) and the current interglacial period (11,700 years ago to present). […]

Share this…FacebookTwitterModels and experts of every type have had plenty of setbacks making forecasts for chaotic systems. Recent examples include the election results and Nobel laureate Paul Krugman’s prediction that the US market would dive in response to the election of Trump (it in fact went on and set a new all-time record high). If anything has […] 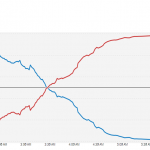 Chart of the Day

Share this…FacebookTwitterLooks like the election models and forecasts are about as bad as those we’ve seen in climate “science”. Source: New York Times Think about this. Of course when you place your full faith in them, eventually you get brutally slammed by reality. Make no mistake, I’m also stunned by Trump’s victory, as yesterday I […]

Glimmers Of Hope Amid Longshot Odds. Can The People Overcome The Corrupt Establishment?

Share this…FacebookTwitterI doubt many are focused today on climate and energy right now, so today I have a few thoughts on the election. Sorry, Hillary, but I was not able to cast my vote for you: too many scandals, too much corruption, bad positions on fundamental issues and too many phony promises. You are really […]