Emissions trading was set up to entice fossil fuel intense companies to reduce their CO2 emissions, and thus in this way help bring atmospheric CO2 concentrations to a standstill, and thus rescue the climate, according to the man-made global warming theory. 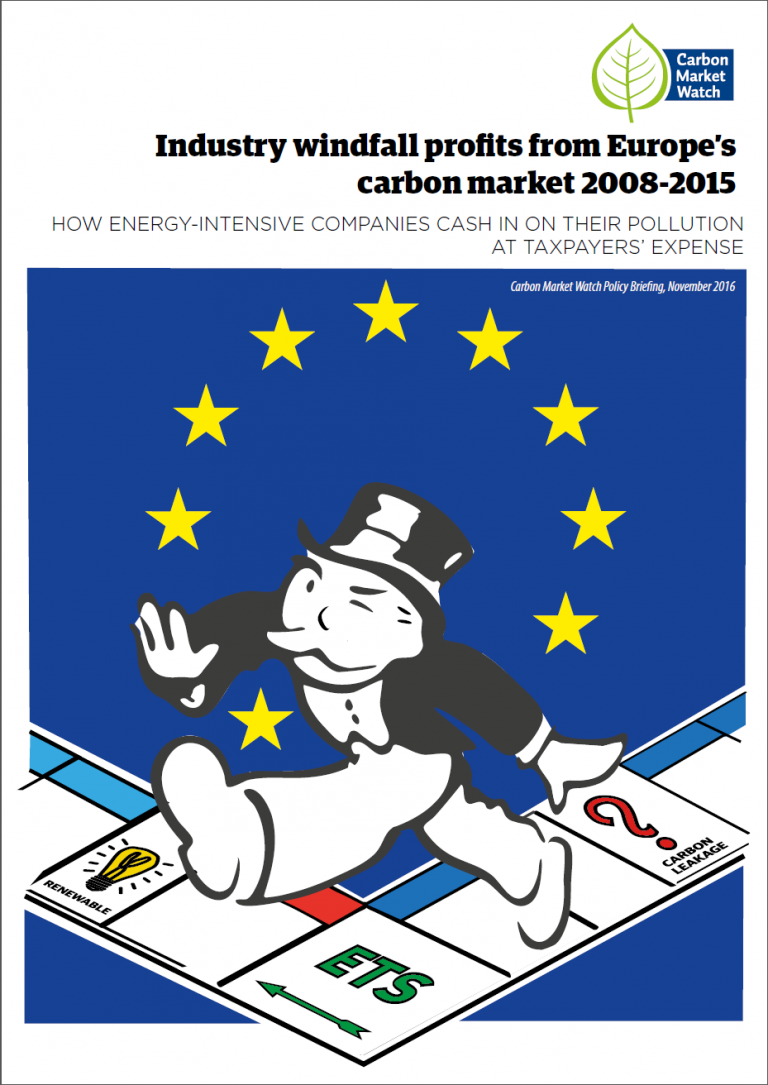 However, things aren’t quite working out that way. Spiegel here cites a comprehensive report by the non-government organization Carbon Market Watch (CMW), which concludes that large companies are in fact making billions from free emissions certificates, and CO2 emissions aren’t improving at all.

The European large industry have managed to squeeze out 25 billion over the past years through special rights in the EU emissions trading system.”

Agnes Brandt of the CMW comments:

The figures show how easy it is to make money from pollution and just much the lobby-watered-down CO2 trading system has failed.”

Little wonder that so money companies happily adopted the climate protection and CO2 scam. Many have gotten rich from it without having to produce anything tangible for society to benefit from.

And who pays for the 25 billion? Billy Bob Blow and Jane Blow, of course.

Little wonder voters are voting to “blow up the whole goddamn system” with a “human Molotov cocktail“. And why not, after all? It. Is. Corrupt.

In Europe too there is an intensifying aura out there that is telling us that more politicians are about to get the message, loud and clear –and big time. The energy system in much of Europe has gotten dearly expensive, unstable and now poses a real and gathering threat to the jobs and livelihoods of millions in the working class. The citizenry has been deceived and screwed over by a climate science scam, and they are not going to take it much longer.

Already tens of thousands of highly skilled, well-paid workers in the automotive and energy industries in Germany alone are seeing their jobs get slashed. And they do have a means of delivering the second biggest FU in history – with a vote for Le Pen in France, or for the emerging hard right wing parties in Germany, Austria and elsewhere.

The biggest earners from the scam, according to the report and Spiegel, are the steel and iron industry, cement, refineries and petrochemicals – to name a few. They are closing down and moving out their operations, and getting paid to do so.

And the working class? They’re getting angry, yet being scolded for doing so — being cast out as “deplorables” or irredeemables”, or even far worse. This can’t and won’t continue.