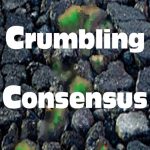 Share this…FacebookTwitter Climate science is supposed to be settled, right? We are told that there is an overwhelming agreement, or consensus, among scientists that most weather and climate changes that have occurred since the mid-20th century have been caused by human activity — our fossil fuel burning and CO2 emissions in particular.  We are told that natural […]