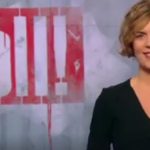 Share this…FacebookTwitterGermany’s elite establishment is having a very difficult time coming to terms with the outcome of USA’s democratic process. The country’s ZDF national public television recently and energetically fanned the flames of Trump-hatred, going so far as to compare the U.S. President to Adolf Hitler. Madonna has company – in Germany. Smiling ZDF German moderator […]