In Germany forests are almost considered sacred, and are powerfully anchored into the German cultural psyche. Disturbing them is absolutely frowned upon, to put it mildly. This is all the more reason why Germans nationwide have been horrified by the mass deforestation taking place to make way for industrial wind parks. 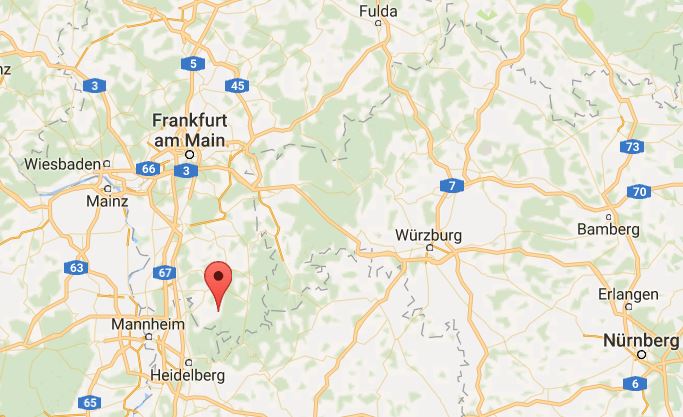 The latest (shocking) example comes from south Germany, just north of Heidelberg, where the deforestation of the Wald Michelbach (along with the destruction of the homes of strictly protected species and biotope) is taking place.

German SWF public televisions recently reported on a protest mounted by concerned and shocked citizens who could not believe that the untouched forest was being chopped down.

Since Germany opted to shut down its nuclear power capacity in the wake of the Fukushima disaster in Japan, southern Germany has been looking for other sources of energy — and wind industry lobbyists seized the opportunity and have been pushing hard for wind power ever since.

Unfortunately the few ideal locations where wind power has any chance to perform are forested hilltops that make up the region’s idyllic landscape. Most feasibility studies show that the wind even at these locations is still not in great enough supply to make it worthwhile. Yet, that isn’t stopping the powerful wind industry from getting its way. Approvals in protected areas have been muscled and cajoled, against the will of the people and the common good.

The SWF report shows local protesters mobilizing soon after having heard that deforestation machinery had started clearing trees and destroying the habitat of many “strictly” protected species like the red kite hawk, owls and bats.

The senselessness is incomprehensible. […] That you can rescue the climate by destroying the forest – I cannot understand it.”

The police were called in to remove the protesters.

Guido Carl of German of BUND (Friends of the Earth Germany), a leading environmental protection organization in the country (one that has long been accused of caving in to the wind industry) however thinks that the destruction of the forest is the right thing to do and that it “simply has to be accepted” in order to protect the climate.

Another protester points out that it is a fact the amount of wind in that part of the country is not enough and that it cannot make any real contribution to the Energiewende. He then adds that “you hardly can get by the mafia, you could say, the brainwashing that’s been put out to the people. As soon as you say you’re against wind turbines, you get labelled sick, which is complete nonsense.”

Ironically, in earlier times, most of the protesters had bought into the green energy promises. Today they stand shocked to see the destruction that it’s in fact wreaking. Unfortunately the project is only the very beginning of what the politicians and wind industry hope to achieve.

Here’s a shot of the forested hills where 5 industrial turbines are to be installed, despite the “strictly protected birds” inhabiting the area:

The SWF reports that it is “incomprehensible” how a building permit could have been awarded. But everyone knows why: There’s big industrial wind money in the game paying off any bureaucratic obstacles and annoyances in the way — and all with the help of the BUND Friends of the Earth Germany, of course. BUND’s Guido Carl:

You have to expect that people at first will be upset about it, which is their personal right. How they cope over the long term is another issue. Studies show as a rule that people who live in the vicinity of wind turbines find a way of getting along with them over time.”

In this particular case, judging by the people’s outrage, I wouldn’t bet on it.

74 responses to “Germans Horrified That Forests, “Strictly Protected” Species, Being Cleared Away For Wind Parks”