Share this…FacebookTwitterHere’s an addendum to what I wrote here about German electric power a couple of days ago. Apparently things are worse than we thought. The climate protection scam is truly a colossal cash-cow for the government and a narrow special interest. German power now costing consumers tens of billions of euros. Chart above shows […]

Share this…FacebookTwitterThe sun in January 2017, and: a “pause” or not? By Frank Bosse and Fritz Vahrenholt Translated/condensed by P Gosselin) In the previous month our sun was very quiet. A month earlier there had been little activity at first, but then picked up some later in the month. On average the sunspot number SSN was […] 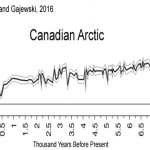 Most Polar Bears Live In Canada, Where There Has Been No Net Warming For Centuries. So Why Are They Endangered?

Share this…FacebookTwitterModern Polar Bear Habitat Among Coldest  Of The Last 10,000 Years Image Source: slideshare.net The habitat range for polar bears extends across the circumpolar boundaries of the Arctic Ocean, primarily inclusive of North America (Canada), coastal Greenland, and northern Russia (Siberia, Northern Europe).  However, about 70 percent —  13 of 19 subpopulations — of the […]

Share this…FacebookTwitterRenowned Princeton physicist William Happer told New York Times science journalist Andrew Revkin in an online video conference that he believes the world has got it all wrong when it comes to the implications of CO2 emissions into our atmosphere.   Happer told Revkin that “any dispassionate weighing of the facts would give you a […] 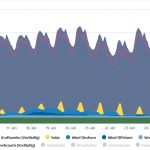 Share this…FacebookTwitterGerman electrical power analyst Verivox here issued a press release announcing that electricity will be more expensive in the coming months for many German households: 75 primary utilities are increasing their electricity prices by an average of 3.4% in February alone – this according to a study by Verivox experts. For a family of […] 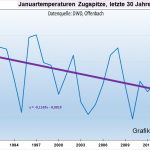 Station At Germany’s Highest Summit Measures Midwinter Cooling Of Over -3°C Over Past 30 Years!

Share this…FacebookTwitterThe summit of Germany’s tallest mountain, Zugspitze, located in the Bavarian Alps near the Austrian border, is 2,962 meters high and thus well isolated from any temperature data corruption sources, such as urban sprawl. The weather station at the “Top of Germany” has measured 3°C of cooling for the month of January over the […] 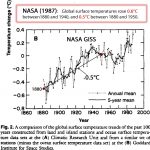 Share this…FacebookTwitter Global Temperature Data Manipulation  Thousands Of Non-Urban Thermometers Removed  0.3°C Of Pause-Busting Warmth Added Since 1998 0.5°C Of Warming Removed From 1880-1950 Trend Over the course of the last few decades, overseers of the 3 main 19th century-to-present global temperature data sets — NOAA, NASA, and HadCRUT — have been successfully transforming the […]

Share this…FacebookTwitterProfessor Friedrich Indra has been retired since 2005 and is considered to be one of the world’s leading engine developers. The 76-year old used to work for Audi and General Motors. Electric mobility is an environmental fraud, says world leading expert in engine technology. Image: Tesla “Doesn’t solve single environmental problem” In a recent […] 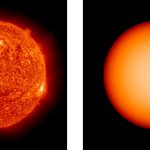 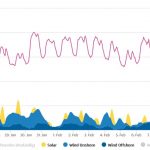 Europe Reminded Of Its Power Grid Vulnerability As Brussels Blacks Out!

Share this…FacebookTwitterMuch has been written about growing power grid instability in Europe as more and more volatile wind and solar energy have come online over the years. Earlier today European news outlets reported how Brussels, a major centre of the European Union, plunged into darkness late yesterday evening. So far it’s not known what’s behind […]

Share this…FacebookTwitter 75% Of Total Modern Glacier Melt Occurred Before 1950 “[T]he retreat of the glaciers after about 1925 became rapid.  It was almost entirely during the [pre-1950] twentieth century warming that the Alpine glaciers disappeared from the valley floors up into the mountains.  Similarly great retreats occurred in Scandinavia, Iceland, Greenland, in the Americas, […]

Dutch Expert: With Trump In Office, Now Safe To Expose The Many Myths Of Climate Alarmism

Share this…FacebookTwitterThe earth is greening and 16 other comments on climate hysteria By Simon Rozendaal (Translation from his article in Netherlands Elsevier’s weekly Magazine, January 21st, 2017, with author’s permission) In fact vegetation is thriving, figures for wind power are misleading, “sinking” islands are not sinking, safer nuclear energy is in the offing, and more […]