It’s time for wind energy proponents to admit that their well-intended idea of wind energy has in fact had disastrous ecological consequences.

No technological development has ever so negatively impacted the environment and landscape like wind turbines have. Not only do they blight the scenic landscape and make people living near them ill, they are a serious killer of avian wildlife, as made evident by a recent German ZDF Terra X documentary shows (starts at 34:15 min). Hat-tip: Alessandra E. 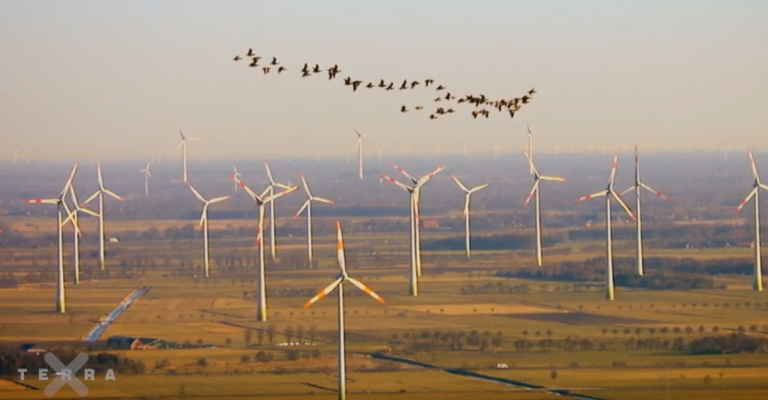 One of Germany’s most protected bird species is the endangered red kite hawk. Today it faces a threat that is unprecedented: towering wind turbines strewn across the German landscape. The ZDF public television documentary reveals that the measures enacted by government wind park approval authorities have done nothing to protect this predatory bird.

The segment focusses on the southwest German state of Baden Württemberg, where its Green state minister is attempting to force through the construction of thousands of turbines on the regions idyllic landscape in a bid to go green.

To survive, the red kite finds its meals on the ground, and so it’s only natural that its sharp eyes remain focussed downward, and not ahead. That habit spells huge trouble for the bird in wind turbine regions. According to environmental journalist Andreas Kieling: “Ornithologists and experts have called wind turbines bird shredders.”

Worldwide, the ZDF reports, only about 25,000 pairs of the red kite remain — 60% of them are in wind-turbine country Germany.

Using a fake owl (owls are the enemies of red kites) as bait (37:20), researchers caught a red kite and tagged it with transmitter, thus allowing them to later track the bird’s flight patterns and the actual living space the bird really requires. As the results will show, the living space required by red kites is far greater than what is claimed by the wind industry and the officials who approve the parks.

Wind turbine approval boards have the responsibility of keeping wind turbines at a safe distance away. Unfortunately, likely due to a mixture of ignorance and outright corruption, the wind turbine rules in many cases call for a setback distance of a mere 1000 meters from a nest. We reported here last year of how stork nests were likely criminally sabotaged in order to clear the way for wind park construction approval!

Just how far the birds fly from their depends strongly on how far they have to go to find their prey. In the ZDF Terra X documentary, days later the researchers provided a graphical image of the flight activity of the tagged bird. 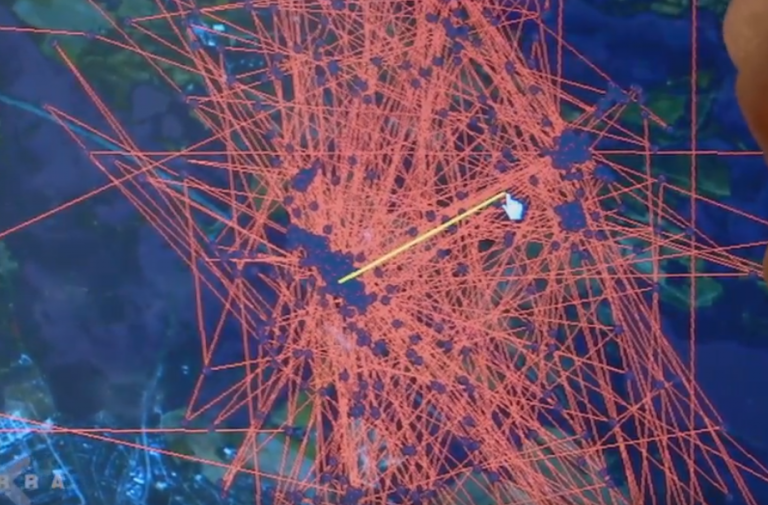 The result is that the endangered red kite needs far more than a single measly 1 kilometer setback distance and 3 sq km of safe activity area as often claimed, but rather it needs some 12 sq km of space. In fact the examined bird located near Lake Constance flew as far as 19 km away from her nest (41:05). Other bird species showed similar patterns and space needs, yet turbine approval boards insist the current requirements are enough.

The experts disagree and summarize that the now specified setback distances offer “certainly no effective protection” for the birds.

Sooner or later every red kite ends up in the area of a turbine. The risk of a collision is hugely large.”

The expert then adds that in the areas where there is a large population, as is the case near Lake Constance, there should be “absolutely no wind turbines“, or to shut them down when the birds are hunting.

The ZDF Terra X report says that no one knows just how many red kites fall victim to turbines each year. Counting is difficult because a struck bird is often quickly taken away by foxes or other scavengers. One thing is sure: turbines are killing the endangered birds, and likely in numbers that wind lobby hopes will never be known.