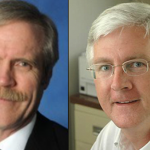 Share this… Facebook TwitterEcoterrorism? One of the nation’s leading scientists Dr. Roy Spencer of the University of Alabama reports at his website that 7 shots were fired at the National Space Science and Technology Center in Huntsville Alabama, all hitting the fourth floor where the office of renowned pioneering climate scientist Prof. John Christy is located. […] 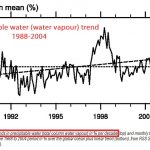