German Green Energy Only “Efficient” If Everyone Else’s Is Inefficient, Says German Minister Of Economics 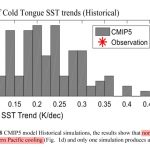 Share this…FacebookTwitterThe abysmal track record of computer models in simulating climate trends has increasingly been highlighted in the scientific literature.  Recently published papers indicate that in some cases climate models actually get it right zero percent of the time (Luo et al., 2018; Hanna et al., 2018), or that hydrological models are off by a factor […] 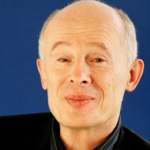 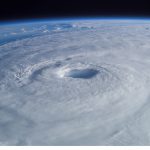 Share this…FacebookTwitterMedia in typhoon-prone Japan ignore new important findings suggesting hurricanes and typhoon intensification speed depends mostly on natural oceanic cycles, and not related to atmospheric CO2. Recently I posted on the surprising and science-realistic German DLF national public radio report on how hurricanes are intensifying more quickly today than they did 30 years ago. Findings […] 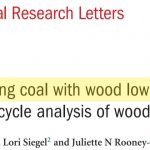 Share this…FacebookTwitterGovernments promote biofuels as renewable, carbon-neutral resources that serve to reduce CO2 emissions.  Meanwhile, scientists have determined that biomass burning generates more CO2 emissions per kWh than burning coal does, and the projected rapid growth in biofuel use will only serve to ‘increase atmospheric CO2 for at least a century’.  Sterman et al., 2018 […]

Share this…FacebookTwitterHere’s something you don’t witness very often…German national public radio telling listeners that natural factors are behind observed changes in something related to climate. I can’t tell you how many times I’ve heard the German media claim storms are linked to our disdainful energy gluttony. So it comes as quite a shock when you […]

Share this…FacebookTwitterWe’ve heard about all the cold and icy weather reports and results coming from all corners of the planet lately, and so naturally most of us sense that it just doesn’t jive with all the alarmist global warming claims and rhetoric we hear. Tremendous ice growth For example over the past winter the Arctic ice […] 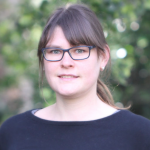 Share this…FacebookTwitterCO2 as the major climate driver looks shakier than ever. Scientists confirm clouds and their changes have a huge impact on the earth’s surface temperature… Anna Possner’s research shows clouds and their changes have a real impact on earth’s surface temperature, a Goethe University press release confirms. Photo source: annapossner.com, Carnegie Science. According to […] 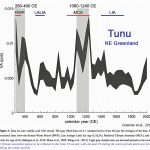 Share this…FacebookTwitterDuring 2017, there were 150 graphs from 122 scientific papers published in peer-reviewed journals indicating modern temperatures are not unprecedented, unusual, or hockey-stick-shaped — nor do they fall outside the range of natural variability.  We are a little over 4 months into the new publication year and already 81 graphs from 62 scientific papers undermine claims that […] 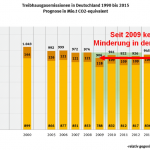 Share this…FacebookTwitterGame over for green energies and CO2 reductions? Journalist Daniel Wetzel of German national daily Die Welt here presents a devastating commentary on Paris Accord and Germany’s so far “illusionary” CO2 reductions targets. The German failure is a signal that could have significant global consequences. Wetzel not only calls the targets illusionary, he also believes […]

Share this…FacebookTwitterAt Die kalte Sonne site here, geologist Dr. Sebastian Lüning and Prof. Fritz Vahrenholt comment on the controversy surrounding allegations of Big Oil “covering up” knowledge of the impacts their products could have on climate. For example on April 16, 2018, renowned German weekly Spiegel reported on how “a confidential Shell study” showed the oil […]