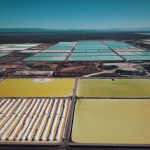 Share this… Facebook TwitterGerman ZDF public television recently broadcast a report showing how electric cars are a far cry from being what they are all cracked up to be by green activists. Northern Chilean desert being ruined by widespread lithium mining. Image cropped from ZDF documentary: Die Schattenseiten der E-Mobilität The report titled: “Batteries in twilight – The […] 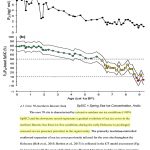 Share this… Facebook TwitterIt is often claimed that modern day sea ice changes are “unprecedented”, alarming, and well outside the range of natural variability.  Yet scientists are increasingly finding that biomarker proxies used to reconstruct both Arctic and Antarctic sea ice conditions since the Early Holocene reveal that today’s sea ice changes are not only […] 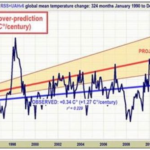 Share this… Facebook TwitterImpressive Cold Grips As Planet Continues Its Warming Pause By SnowFan (Translated/summarized by P Gosselin) The continuing global cooling and the start of the grand minimum require new targets in climate policy and a complete withdrawal from the previous warming madness. After a complete failure by the IPCC climate models and the crazy assignment […] 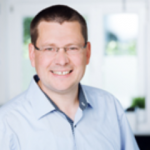 Share this… Facebook TwitterExperts are finding out wind turbines are not only an inefficient way to produce electricity, but that they are also wrecking the environment, natural habitats and even the climate. German meteorologist Dr. Karsten Brandt warns wind turbines are altering local climates. Image: Donnerwetter.de. So far we know wind parks: Are an erratic […]

Share this… Facebook TwitterIn the first 9½ months of 2018,  368 scientific papers have been published that cast doubt on the position that anthropogenic CO2 emissions function as the climate’s fundamental control knob…or that otherwise serve to question the efficacy of climate models or the related “consensus” positions commonly endorsed by policymakers and mainstream media […] 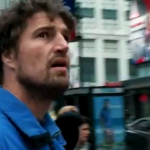 Share this… Facebook TwitterLeft-leaning filmmaker German-Dutch filmmaker Martin Poels has produced some 50 films over the past 15 years. German-Dutch film maker Martin Poels has come under attack for questioning climate dogma. Image cropped here. His most recent film is titled Paradogma – a personal journey why true liberty needs heretics, It focusses on current controversial debates such as climate change, and how dissenters are […]

Share this… Facebook TwitterDaniel Wetzel at German national daily Die Welt here recently commented that limiting the warming to 1.5°C warming is utopian. That’s of course, assuming the man-made global warming theory is correct to begin with. According Wetzel, time theoretically ran out long ago. Wetzel wrote that despite all the controversy surrounding the IPCC report, […] 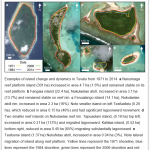 Share this… Facebook TwitterDespite sea level rise, Tuvalu Islands surface area has grown 3% over the past decades By Dr. Sebastian Lüning and Prof. Fritz Vahrenholt (German text translated/edited by P Gosselin) The South Sea islands are sinking. Send us money and visas for Australia and USA fast! That’s the underlying message of many media reports […] 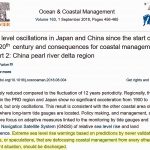 Share this… Facebook Twitter“Extreme sea level rise warnings based on predictions by never validated models, or speculations, that are defocusing coastal management from every other relevant situation, should be discharged.” — Parker, 2018 Parker, 2018 Sea level oscillations in Japan and China since the start of the 20th century and consequences for coastal management “Regionally, […]

Share this… Facebook TwitterAs Germany moves to phase out coal power, more focus is being placed on relying on wind energy to fill in the gap. Recently German business daily Handelsblatt here reported that despite the country adding more wind energy capacity, “the latest figures show that only a little wind power is available at […] 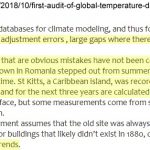 Share this… Facebook TwitterA new paper documents “remarkably different” land temperatures from one instrumental data set to another. In some regions there is as much as an 0.8°C conflict in recorded temperature anomalies for CRU, NASA, BEST, and NOAA. The relative temperature trend differences can reach 90% when comparing instrumental records. Consequently, the uncertainty in […]